Says We Are going to Lose More Farms, as Record Number of Farms Face Foreclosure

John Boyd, President of the National Black Farmers Association, is warning of impending food shortages, blaming the crisis on inflation and the Biden administration’s policies.

During a Nov. 21 interview on Fox & Friends, Boyd said that federal officials have been neglecting domestic farmers and ignoring problems that may trigger a food crisis.

“I’ve been telling the administration about this for months. You know, we have 332 million people in the United States that depend on America’s farmers every day to feed them, and this administration hasn’t put farmers first,” Boyd explained. “Now they’re proposing another $37 billion in aid to Ukraine and we haven’t taken care of America’s farmers here at home.”

Threats to the U.S. agriculture sector have been mounting for years, as the government response to the COVID-19 pandemic created labor shortages, 40-year-high inflation has spiked costs, and the Russia-Ukraine conflict resulted in global supply chain issues, affecting the shipment of wheat and fertilizer.

The U.S. Department of Agriculture (USDA) provides loans to farmers through its Farm Service Agency (FSA). In late October, the federal government said it would use money allocated through the Inflation Reduction Act to provide $1.3 billion in debt relief for roughly 36,000 farmers hit hard by the pandemic response, who are behind on payments or are near foreclosure.

Boyd says that 16,000 members are still waiting for debt relief despite the federal government finding money to provide other countries. He met with the Biden administration in July, during which he was promised “a seat at the table” to address the nation’s farming crisis. To date, he says, no one in the administration has followed through with action.

“We are facing farm foreclosures at a record high, farm input costs at a record high — at one time $6 for diesel fuel — 1500 bucks for a metric ton of fertilizer, when I was paying 300 and 400 bucks for it a couple years ago,” Boyd said. “All of our input calls have risen and the administration isn’t doing anything about it.” 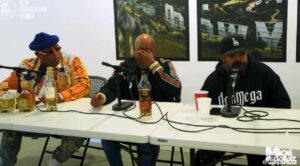