Biden is currently on a three-state tour

Biden, who is currently touring the country to support fellow Democrats, has made other verbal blunders that have gained on social media.

Biden was telling a story about one of the Army’s 10th Mountain Division during World War II and reflecting on the challenges military members face when he made the incorrect statement.

“American soldiers of the 10th Mountain Division scaled that 1,800-foot cliff at night, caught the Germans by surprise, captured key positions, and broke through the German defense line at a pivotal point in the war,” the president said. “Just imagine — I mean it sincerely — I say this as a father of a man who won the Bronze Star, the Conspicuous Service Medal, and lost his life in Iraq. Imagine the courage, the daring, and the genuine sacrifice — genuine sacrifice they all made.”

Biden had two sons. His elder son, Beau Biden, died in May of 2015 at Walter Reed National Military Hospital in Bethesda, Maryland. He was 46 years old and had been diagnosed with brain cancer less than two years earlier. The younger Biden was a former attorney general of Delaware. He was also a major in the Army National Guard, served in Iraq for one year between 2008 and 2009, and received the Bronze Star.

“Beau embodied my father’s saying that a parent knows success when his child turns out better than he did,” said then-Vice President Biden in a statement after his son’s death. “In the words of the Biden family: Beau Biden was, quite simply, the finest man any of us have ever known.”

In both 2016 and 2019, Biden attributed his son’s cancer to exposure to burn pits during deployment. Newsweek has suggested Biden may have been referring to this theory when he said his son died in Iraq.

Biden’s gaffe came during a speech dedicating Camp Hale as a national monument on Oct. 12. The event was the first stop on Biden’s three-state tour of the western region of the country — a trip to rally Democrats ahead of midterm elections.

From Colorado, Biden will travel to California for two public events and a party fundraiser for House Democrats. The last stop of the president’s trip will be Oregon, where “Democrats’ grip on the governor’s mansion in Salem is being threatened by an unaffiliated candidate who has captured double-digit support in polling, giving an opening for a Republican to win the race outright in November,” per AP News.

The White House has not yet commented on Biden’s description of Beau’s death. White House Press Secretary Karie Jean-Pierre has, at times, addressed other unusual statements from Biden that have gone viral.

At a food insecurity conference in late September, Biden thanked the “bipartisan elected officials” in attendance before asking for Jackie Waloriski, the Indiana Congresswoman who died in a car accident in August alongside two of her staffers.

Jean-Pierre explained Biden’s action by telling reporters Waloricki was “top of mind” for the president because he was “calling out the champions, congressional champions in particular, of this issue, this important issue when it comes to food and security.” 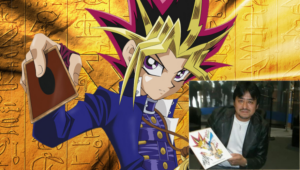