Japanese anime, manga, and gaming icon Kazuki Takahashi did not die while snorkeling, as was previously reported, but instead drowned while attempting to rescue a mother and daughter who were caught in a riptide.

When news of Kazuki Takahashi’s death first hit the media, the 60-year-old Yu-Gi-Oh creator was believed to have died while attempting to snorkel in a dangerous current. Now, following a report from the American military publication Stars And Stripes, new details about the events that led to his death have been revealed.

According to Stars And Stripes, Takahashi did not perish while enjoying a recreational activity in risky sea conditions, but instead selflessly plunged into the waves in order to attempt to rescue a mother, her child, and a U.S. soldier who was struggling in the rip tide’s current.

“He’s a hero,” Major Bourgeau, 49, said of Takahashi. “He died trying to save someone else.”

The events unfolded on July 4 at the Mermaid’s Grotto, a coastal area frequented by snorkelers, divers, and swimmers, and Bourgeau recalled that conditions that day were not favorable. The Army officer was at the waterfront meeting with two students for whom he was scheduled to provide scuba diving lessons.

While on shore overlooking the water, Bourgeau noticed a Japanese woman pointing to the water about 100 yards from land. There, struggling in the rapids, was her daughter and another U.S. soldier. The officer quickly made his way into the water alongside one of his students while the other contacted emergency services.

What he did not notice, however, and which was only explained to him after the events had unfolded, was that Takahashi had dove into the water to aid in the rescue. While Bourgeau managed to get the mother — who had made her way to her child and found herself caught in the rapids as well — and daughter to safety before nearly drowning himself,  Takahashi succumbed to the currents and drowned.

It would not be until days later that Bourgeau was told he was not alone in the rescue mission. For his efforts, Bourgeau was nominated to receive the Soldier’s Medal:

Maj. Robert Bourgeau, 49, of Missoula, Mont., the deputy operations officer for the 10th Support Group at Torii Station in Yomitan, was nominated by his command last month for the Soldier’s Medal for his actions during the July 4 rescue at Mermaid’s Grotto in Onna. The medal recognizes acts of heroism not involving actual conflict with an enemy.

Bourgeau, who was exhausted after saving the mother and daughter, gave verbal instructions to the U.S. soldier who was able to swim to safety.

The Japanese Coast Guard did not confirm the reporting done by Stars And Stripes, but the publication notes that their story is backed by sworn witness statements provided by the Army. 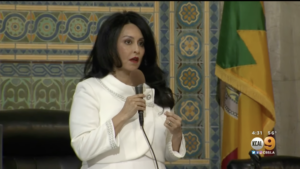