“This has been one of the most difficult times of my life and I recognize this is entirely of my own making,” said Martinez shortly before a Tuesday City Council meeting. “At this moment, I need to take a leave of absence and take some time to have an honest and heartfelt conversation with my family, my constituents, and community leaders.”

“It is with a broken heart that I resign my seat for Council District 6, the community I grew up in and my home,” Martinez announced Wednesday.

New: Nury Martinez resigned her seat on the Los Angeles City Council on Wednesday, days after the release of an explosive leaked audio of a racist, crude conversation.https://t.co/qDC27gSv77

“I hope you stay engaged and continue to fight for your fair share of the city’s resources,” Martinez continued. “It’s hard to say goodbye, but please know that I was in this fight for you.”

“And last, to all little Latina girls across this city — I hope I’ve inspired you to dream beyond that which you can see.”

Martinez said it was a privilege covering the San Fernando Valley, Van Nuys, Arleta and Sun Valley during her time in office.

“While I take the time to look inwards and reflect, I ask that you give me space and privacy,” Martinez concluded.

“This is the right move,” Newsom said after her resignation. “Again, these comments have no place in our state, or in our politics, and we must all model better behavior to live the values that so many of us fight every day to protect.”

The former city council member was not alone in calls for resignation as protestors further demanded Kevin de León and Gil Cedillo, who were both present in the leaked audio, to resign from their office as well.

“There were comments made in the context of this meeting that are wholly inappropriate,” de León said in a statement apologizing for the audio. “I regret appearing to condone and even contribute to certain insensitive comments made about a colleague and his family in private. I’ve reached out to that colleague personally. On that day, I fell short of the expectations we set for our leaders — and I will hold myself to a higher standard.”

De León was featured in the recording claiming Bonin treated his son like a Louis Vuitton handbag.

Cedillo noted he was present during the conversation in question though did not participate. He released a statement saying, “It is my instinct to hold others accountable when they use derogatory or racially divisive language. Clearly, I should have intervened. I failed in holding others and myself to the highest standard. The hurtful and harmful remarks made about my colleague’s son were simply unacceptable. We choose public life, but our families should always be off limits and never part of the political discourse.”

Neither Cedillo or de León have resigned following Martinez’s announcement despite calls for them to leave their office. 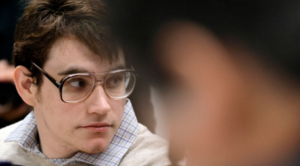