The US has now committed a total of $9.8 billion to the war

The Biden administration approved an additional $1 billion in security assistance for Ukraine amid its ongoing conflict with Russia.

The United States has already committed over $8 billion to the country since Biden took office in January of 2021.

“Today, the Department of Defense (DoD) announces the authorization of a Presidential Drawdown of security assistance valued at up to $1 billion to meet Ukraine’s critical security and defense needs,” Acting Pentagon Press Secretary Todd Breasseale said in an Aug. 8 statement.

The Pentagon added that, since August of 2021, President Joe Biden has authorized eighteen drawdowns of equipment from DoD inventories for Ukraine.

“It is the largest single drawdown of U.S. arms and equipment utilizing this authority, and this package provides a significant amount of additional ammunition, weapons, and equipment — the types of which the Ukrainian people are using so effectively to defend their country,” Breasseale noted.

While addressing the press at the Pentagon, Undersecretary of Defense for policy Colin Kahl said, “These are all critical capabilities to help the Ukrainians repel the Russian offensive in the east and also to address evolving developments in the south and elsewhere.”

The US has now committed over $11.8 billion in security assistance to Ukraine since 2014.

Between 2014 and 2016, President Barack Obama committed $1.3 billion to an initiative that would “advance reforms, strengthen democratic institutions and civil society, stimulate economic growth, strengthen … defenses” in Ukraine. The initiative was also designed to “help Ukraine more safely monitor and secure its borders and defend its territorial integrity.”

“We have an obligation to investigate corruption. And that’s what it was,” Trump said of the delay in October, per NPR.

“We will continue to consult closely with Ukraine and surge additional available systems and capabilities carefully calibrated to make a difference on the battlefield and strengthen Ukraine’s eventual position at the negotiating table,” said Secretary of State Antony Blinken, per CNBC.

The US has supplied Ukraine with a combined total of $54 billion of economic and military assistance. This includes $12.5 billion in weapons and other supplies; $7 billion in food assistance, healthcare, and other aid; $1.8 billion in migration and refugee assistance, and $1.1 billion in assistance for Europe, Eurasia, and Central Aisa. 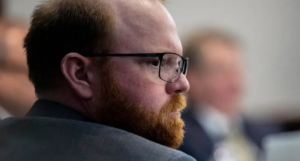