Pregnant Man Emoji To Be Added to iPhone With New Update

A pregnant man emoji will be available to iPhone users following Apple’s iOS 15.4 update scheduled for the spring.

The emoji is one of 37 new options, including a biting lip, dotted line face, face holding back tears, a low battery, a disco ball, and multi-racial handshakes.

Emojipedia, a member of the Unicode Consortium which is the collective of approved emojis, says it recognizes that “pregnancy is possible for some transgender men and non-binary people.”

Keith Broni, the editor in chief at Emojipedia, said the emoji was part of an ongoing effort to support gender inclusivity.

“Since 2019, vendors have been making considerable efforts to offer all people emojis with three different gender variants – one ‘Man,’ one ‘Woman.’ and a non-gender-specifying ‘Person,’” said Broni.

The Unicode Consortium officially approved the pregnant man emoji in September of 2021 for the next emoji release.

“As new human emojis have been released, Unicode has made an effort to be inclusive with gender, especially in recent years,” she wrote. “The approach has varied depending on the situation, though the general goal is to standardize inconsistencies in legacy decisions.”

She added that the Unicode Emoji Subcommittee “established priorities to help improve emoji gender representation” in 2019.

“People of any gender can be pregnant,” Solomon continued. “Now there are emojis to represent this.”

Her examples of this included transgender men and “fictional universes” including promotional materials for Lil Nas X’s album “Montero.”

Solomon also noted that the emoji could be used as “a tongue-in-cheek way to display a food baby” or an enlarged gut after eating a meal.

Following approval, tech companies like Apple, Google, and Microsoft will create their own stylized version of approved emojis for their operating systems.

Apple’s design of the pregnant man emoji is available on its beta test of the iOS 15.4 software which was released on Jan. 27.

A full release, following beta testing in February, will likely occur in March or April of this year. 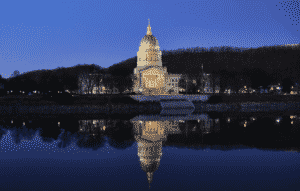