POLL: Nearly 70 Percent of Liberals Say it's More Important to Protect Ukraine's Border Than Our Own

Nearly 70 percent of self-described “liberals” say that it is more important to “America’s national interest” to defend the Ukrainian border than our own.

A majority of the respondents, 53%, chose “defending the U.S. border.”

However, when looking at the responses based on political affiliation, the results told a different story.

The pollsters also found that just 31 percent of likely voters give Biden an “excellent” or “good” rating for the way he has handled the Ukraine situation. Forty-nine percent give him a poor rating for his handling of the conflict.

The majority of Americans are against sending US troops to get involved in the conflict.

Another poll from Rasmussen Reports released on Wednesday, Jan. 26, found that only 31 percent of likely voters thought that, if Russia attacked Ukraine, the US should deploy combat troops to help. 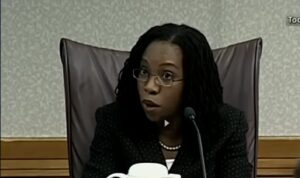