President Biden’s approval rating dipped to a record low over the weekend, with FiveThirtyEight reporting just 43.4% of voters support the Commander-in-Chief nine months into his administration.

“The president’s approval rating has been on a steady decline since July, when the delta variant started spreading rapidly throughout the U.S., catapulting the country into the latest wave of COVID-19 infections,” reports The Hill.

“The president is now facing heat at home for the domestic battle taking place on Capitol Hill involving the $1 trillion bipartisan infrastructure bill and multi-trillion dollar domestic spending package, which includes key investments in child and health care, among other initiatives,” adds the website.

The poll numbers come as the White House persuades moderate Democrats to sign on to the administration’s push for trillions in new spending on Infrastructure, Medicare expansion, and more social safety nets like free childcare.

“We want to get the economy moving. But millions of women can’t go to work because they don’t have any childcare, that kind of thing. So there’s a lot of pieces in there. There’s lots that people don’t understand. And by the way, all of it’s paid for. Every single penny, it’s not going to raise one single cent,” said Biden during an Oct. 21 televised town hall event on CNN. 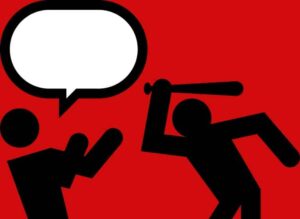 How Did America’s Leaders Move Away From Free Speech?