How Did America’s Leaders Move Away From Free Speech?

This file is licensed under the Creative Commons Attribution-Share Alike 4.0 International license - Illustration by Jason Carswell. Image has been altered.

On Sept. 14, 2021 Congressional Democrats introduced the Freedom to Vote Act, which attempted to essentially create a free speech czar with respect to election issues. While the bill failed to advance, the policing of speech represents an authoritarian shift for a country founded upon the principles of the First Amendment, including freedom of speech, freedom of religion, and freedom of assembly. Furthermore, the appearance of an NPR segment warning of the dangers of “free speech absolutism,” along with the prominent display of an article entitled “The Problem of Free Speech in an Age of Disinformation” in New York Times Magazine, are clearly signs that the Establishment Left in America has turned towards illiberal authoritarianism.

In decades past, the Left was once an ardent advocate for preserving free speech, with the Free Speech Movement and opposition to the censorship backed by “religious right” groups like the American Family Association. A 1981 PSA from Norman Lear’s People for the American Way (PFAW), a progressive activist organization, even stated: “The right to have and express your own opinion. Freedom of thought. That’s the American way.”

Compare this with a 2021 post from PFAW stating, “While [Joe] Rogan prides himself on his ‘question everything’ mentality, his podcast has proven to be dangerous in its ability to convey false information to impressionable followers who already question the legitimacy of mainstream science and media.”

If the former defenders of the right to have and express your own opinion have descended into shaming those who question the mainstream media, it’s clear our freedom of speech is in serious jeopardy.

As Goes The Second, So Goes The First

It may be instructive to look at how the Dems came to devalue other Amendments in the Bill of Rights before coming for the First. In 1993 and 1994, the Second Amendment saw a major challenge with the Federal Assault Weapons Ban, championed by the Democratic administration and Dems in Congress. While the ban was signed by President Bill Clinton on Sept. 13, 1994, it expired after ten years with a sunset clause — a compromise that would be unthinkable by today’s play-for-keeps left-wing movements.

Dems would lose control of Congress in part due to public opposition to the bill. Some claim that the ban was less consequential to the overall result compared with the issues of healthcare and taxes, yet an exit poll reported by TIME Magazine found that 69 percent of gun owners voted Republican in 1994 while just 31 percent voted Democratic.

The loss of “boll weevil” Southern Dems and Blue Dogs in the Obama and Trump era has shifted the Party of Jefferson over to the hard left. Unlike the party of the 1960s, 1970s, 1980s, and 1990s that backed free speech, the Dems in the Obama era were quite critical of free speech and the free flow of information. Obama himself stated in 2016:

“We are going to have to rebuild within this wild-wild-west-of-information flow some sort of curating function that people agree to. … There has to be, I think, some sort of way in which we can sort through information that passes some basic truthiness tests and those that we have to discard, because they just don’t have any basis in anything that’s actually happening in the world”.

Two years later, California’s legislature advanced a “fake news” bill that would have created an advisory board to monitor “false information” was vetoed by Jerry Brown in 2018. Brown wrote in his statement vetoing the bill: “As evidenced by the numerous studies by academic and policy groups on the spread of false information, the creation of a statutory advisory group to examine this issue is not necessary”.

It’s been said that the Second Amendment protects all the other Amendments in the Bill of Rights. Without a populace armed for the purposes of self-defense against tyranny, there’s no guarantee that any rights or freedoms will be respected. Alternatively, it can be suggested that the First Amendment protects all others, including the Second: if we can’t have the freedom to debate issues, then all our freedoms may be taken away. Yet with charting the rise of creeping authoritarianism in the Democratic Party, the Second Amendment has appeared to play the role of the canary in the coal mine.

It wouldn’t be fair to pin all of the blame on the Dems. Consider that the Bush-Cheney wing of the Republican Party successfully marshaled the USA PATRIOT Act through Congress. With near-unanimous support from Representatives and Senators (the lone “No” vote in the Senate was from Russ Feingold (D-WI), while Ron Paul (R-TX) was one of three Representatives to vote “No.” George W. Bush had spoken favorably of censorship before assuming office. In a 1999 press conference in response to a question regarding a satirical website, Bush called for the Federal Election Commission to crack down on the website and stated “there ought to be limits to freedom”.

The American Civil Liberties Union went from defending the free speech rights of some of the most objectionable organizations (Neo-Nazis marching in Skokie, Illinois, for instance) to advocating for cancel culture today. An ACLU staffer criticized a university for accepting Nick Sandmann, one of the Covington Catholic students deceptively portrayed in a CNN segment. The organization has also embraced progressive causes, with their Pennsylvania chapter embracing defunding the police. By their logic, students like Sandmann and police officers are somehow worse than Neo-Nazis.

The Obama administration attempted to muscle through its agenda and suppress dissenting information through a variety of methods ranging from heavy use of the Espionage Act to collusion with media outlets and tech companies like Google to shape a narrative. Jill Abramson, former executive editor of the New York Times, blasted the Obama White House for its lack of transparency: “I have never dealt with an administration where more officials — some of whom are paid to be the spokesmen for various federal agencies – demand that everything be off the record, so that’s secretive and not transparent.”

Due to his administration’s attacks on leaks and whistleblowers, New York Times reporter James Risen deemed Obama to be “the greatest enemy to press freedom in a generation.”

The Biden presidency has not shied away from restricting constitutional rights, with Biden stating “no amendment is absolute.” While Biden may have been referring to the Second Amendment, by describing Constitutional amendments in those terms, he put the whole Bill of Rights on the table.

The Modern Leftist Credo: It Will Be Necessary To Destroy Freedom of Speech To Save Democracy

Freedom of the press is a concept in the United States dating back to the colonial era with the trial of John Peter Zenger, who was sued for libel by New York colonial governor William Cosby. Zenger’s acquittal established the precedent that “truth cannot be libelous.” Founding Father Gouveneur Morris described the Zenger case as “the germ of American freedom, the morning star of that liberty which subsequently revolutionized America.” To those who seek to completely rewrite the way in which American colonial history is taught and interpreted, it can be easy to see why some might actually view Zenger as irrelevant.

The consequences of devaluing free speech in the 21st century have been remarked upon by a variety of national and international commentators. Newsweek opinion editor Batya Ungar-Sargon has an upcoming book about how woke, left-wing media has gone so far that it is a major threat to democracy. Many French intellectuals have also made this point about how cancel culture not only is a threat to the way of life in the United States, but poses a danger to France and the entirety of Western civilization. TIME Magazine’s proclamation of how the “fortification” of the election “saved democracy” by preventing the re-election of the incumbent strongly echoes the infamous Vietnam War quote: “it became necessary to destroy the village in order to save it.”

It should go without saying that destroying freedom of speech — a defining feature of America’s democratic republic — will only destroy the form of democracy that generations of Americans have fought for and died to preserve. 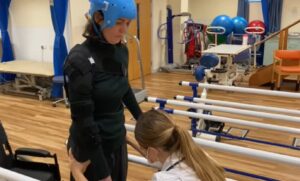 4 responses to “How Did America’s Leaders Move Away From Free Speech?”