A new poll has found that both major political parties have grown quite unpopular with average Americans.

The NBC News poll, which was published on Tuesday, found that only about a third of people had a positive opinion of either party.

The numbers were similar when asked about the Democratic Party.

The pollsters found that 48 percent view the Democratic Party negatively, 33 percent view it positively and 18 percent claim to be neutral.

The same poll had similar results when it was previously conducted in October.

The report continued, “despite these similar ratings, Republicans who responded to the poll appeared to be notably more enthusiastic about the upcoming 2022 midterm elections, with 61 percent saying they were interested in this November’s elections compared to 47 percent of Democrats who said the same.”

When Americans were asked to describe where they believe America is today, the top answers were “downhill,” “divisive,” “negative,” “struggling,” “lost” and “bad.”

“According to the poll, 72 percent of Americans say the country is headed in the wrong direction — essentially unchanged from the 71 percent who held this view in October’s NBC News poll,” NBC reported. “It marks just the sixth time in the poll’s history when 70 percent or more have said the nation is on the wrong track in back-to-back surveys.”

Previous instances of such grim outlooks, 1992, 2008, and 2016, all foreshadowed losses for the party that was in power — meaning the results are potentially good news for Republicans in the upcoming midterm elections. 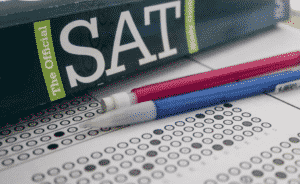