Poll Finds Republicans And Independents Would Stay and Fight if America Was Invaded, Democrats Say They Would Flee

A new Quinnipiac poll released on Monday found that if America was invaded, Republicans and independents would stay and fight — but the majority of Democrats would flee.

Quinnipiac reports, “As the world witnesses what is happening to Ukraine, Americans were asked what they would do if they were in the same position as Ukrainians are now: stay and fight or leave the country?”

Overall, a 55 percent majority said they would defend the nation, but there was a sharp partisan divide when you look at the responses by party affiliation.

“When confronted with a terrible hypothetical that would put them in the shoes of the Ukrainians, Americans say they would stand and fight rather than seek safety in another country,” said Quinnipiac University Polling Analyst Tim Malloy.

Another recent poll from Rasmussen found that nearly 70 percent of self-described “liberals” say that it is more important to “America’s national interest” to defend the Ukrainian border than our own. 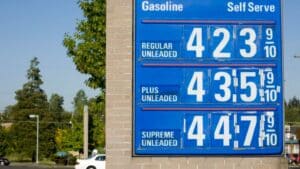