Three in every ten Americans do not have a religious affiliation

More adults than ever report ‘None’ as their religious affiliation, according to a new poll.

The Pew Research Center called the change “the secularizing shifts evident in American society,” which shows “no signs of slowing.”

In its new survey, the Center found three of every ten American adults consider themselves religiously unaffiliated. The nation’s “no-religion” population (29%) has increased by 6% over the last five years ago and 10% in the past decade.

The category includes those who describe themselves as atheists, agnostics or “nothing in particular” when asked about religion.

While the majority of Americans are Christians, the total population decreased by about 12% than in 2011. About 63% of the nation’s adult population self-identify as Christian — including Protestants, Catholics, members of the Church of Jesus Christ of Latter-day Saints and Orthodox Christians.

For every two American Christians, there is one “unaffiliated” adult. In 2007, the Christians to “None”  ratio was 5 to 1.

“The recent declines within Christianity are concentrated among Protestants,” the survey’s analysis said. “Today, 40% of U.S. adults are Protestants, a group that is broadly defined to include nondenominational Christians and people who describe themselves as ‘just Christian’ along with Baptists, Methodists, Lutherans, Presbyterians and members of many other denominational families. The Protestant share of the population is down 4 percentage points over the last five years and has dropped 10 points in 10 years.”

The survey found that fewer adults say religion is “very important” in their daily lives.

Just 45% of respondents said they pray daily. In 2007, about 58% of those surveyed reported that they prayed every day.

Religion in America has declined over the course of the past few decades, with research repeatedly finding fewer people affiliated with a particular faith.

A Gallup poll in 2018 found that “50% of adults polled said they belonged to a religious congregation, down sharply from the 70% who said so as recently as 1999,” noted NPR. “That figure fluctuated only a few percentage points over a period of six decades beginning in 1937 — the first year of the survey — when 73% of U.S. adults said they belonged to a church, synagogue or mosque.”

The Pew survey was conducted from May 29 to Aug. 25 and involved 3,937 respondents. While religion declined across multiple faiths, the survey found that those who “prioritize religion” reported that their faith was stronger now. 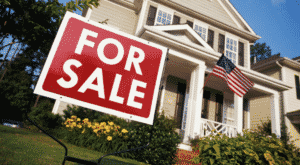