Poll Finds 80 Percent of Democrats Scared of Omicron Variant, Only 35 Percent of Republicans

A large majority of Democrats are scared of the omicron COVID-19 variant, while just 35 percent of Republicans are concerned.

A new poll released on Wednesday found that 87 percent of Americans have only heard of the variant because of the nonstop coverage in the media.

“Data from YouGov shows that most Americans are aware of the Omicron variant, with 87% of U.S. adults saying they have heard a lot (38%) or a little (49%) about it. (That’s slightly higher than the 82% of Americans who had heard a lot or a little about the Delta variant in late June.) Democrats, Republicans, and Independents all are similarly likely to say they are aware of Omicron, but that does not mean they are similarly likely to express concern,” the pollsters report.

A 59 percent majority of Republicans say they are not very concerned or not concerned at all, compared to 14 percent of Democrats who say the same.

“Democrat poll numbers are cratering, so the White House is stoking up unscientific fears about emerging variants to justify their unpopular policies,” noted Texas congressman Ronny Jackson. “This is a calculated political decision. Where is the science that’s dictating their heavy-handed response to the Omicron variant?” 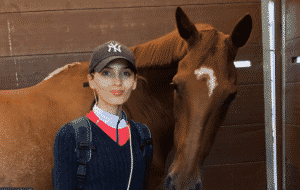