Police officers entered a Fredericksburg, Virginia restaurant and executed a warrant to confiscate alcohol and records pertaining to the sale of alcohol after the state’s Alcoholic Beverage Control Authority (ABC) revoked the restaurant’s liquor licenses following the owner’s refusal to follow mandates issued during the COVID pandemic.

The restaurant’s owner, Matt Strickland, had his alcohol license suspended for 90 days in September 2021, after ABC ruled that he “willfully and knowingly” ignored mandates requiring staff to wear masks and individuals within the establishment to social distance, according to local news outlet WUSA9. ABC also issued a stay on the ruling to give Strickland time to appeal.

In November 2022, after a final ruling was issued, ABC ordered the restaurant, Gourmeltz, to stop selling alcohol for 90 days. The agency also said it would reduce the suspension to just 15 days if Strickland paid a $4,000 fine, as well as $6,400 in administrative fees, according to WUSA9.

Shortly after police officers entered Gourmeltz to execute the search and seizure, Strickland confronted them and began live streaming the incident on his personal Facebook page.

The video posted by Strickland, a military veteran and candidate for U.S. Senate, has racked up nearly 400,000 views.

“I don’t trust politicians from either side of the aisle,” Strickland said in a separate video posted to Twitter, addressing the issue.

“You’re stripping my guests, and my employees, and myself of our constitutional rights and I’m not going to be a part of that,” he said. “I spent a lot of my adult life overseas fighting against dictatorships, and the last thing I was going to do was come home to my country and allow a dictatorship to rule right here.” 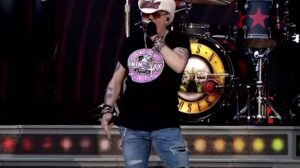