UPDATE: On Sept. 1, a spokesperson at Back Bay High School in Costa Mesa, California, told Timcast that the teacher, Kristin Pitzen, is currently on administrative leave. The school did not confirm if or when Pitzen will return to the classroom.

An educator in California is under investigation for reportedly removing the American Flag from her classroom and encouraging students to pledge their loyalty to the rainbow gay-pride banner.

“The teacher, identified in reports as Kristin Pitzen, said in video shared Friday on Twitter by the ‘Libs of TikTok’ that her students have options as they recite the Pledge of Allegiance during her third-period English class,” reports the New York Post.

Teacher mocks the American Flag and suggests to students they can say the Pledge of Allegiance to the pride flag: pic.twitter.com/1QTS5xjPln

“I packed it away and I don’t know where, and I haven’t found it yet,” a laughing Pitzen told her camera. “But my kid today goes, ‘Hey, um, it’s kinda weird that we just stand and then, you know, we say it to nothing.’ And I’m like, ‘Oh well, you know, I gotta find it, like, I’m working on it, I got you.’

“‘In the meantime,’ I tell this kid, ‘we do have a flag in the class that you can “pledge your allegiance” to,'” she said, before panning her camera to the rainbow colored flag displayed in her classroom.

The Newport-Mesa School District released a statement over the weekend regarding the teacher’s position on the Stars and Stripes.

“On Friday evening, one of our teachers created a personal social media post that caused alarm and concern related to saluting the American flag,” posted the district on Facebook.

“Showing respect for our nation’s flag is an important value our district instills in our students and is an expectation of our employees,” district officials added. “We take this matter seriously and are investigating and addressing it.” 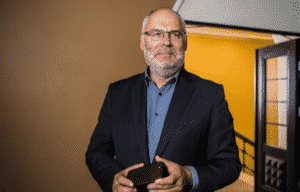 Estonia Only Has One Candidate For President