In a Monday op-ed in the New York Post, Morgan said his “dream dinner party guest list” would include figures like Twitter owner Elon Musk, comedian Ricky Gervais, and radio host shock-jock Howard Stern among others, referring to the group as a “perfect mix of brains, talent, humor, courage, faith and glamour.”

The British journalist conversely said his “dinner party guest list from hell” would include Donald Trump, Ye West, and controversial political commentator Nick Fuentes. Morgan’s analogy appeared to reference the former President’s pre-Thanksgiving dinner at Mar-a-Lago in Palm Beach, Florida with West and Fuentes though did not mention Milo Yiannopoulos, who was also present for the dinner.

“It was bad enough that he invited West after all the controversy over the rapper’s repeated anti-Semitic outbursts in recent weeks. … But for Trump to also be chowing down on turkey and apple pie with one of the world’s most despicable anti-Semites, someone who compared Jews burned in concentration camps to cookies in an oven, is beyond shameful,” said Morgan in reference to Fuentes’ previous Holocaust comments.

“Trump is attracted to sycophancy like a ravenous bee to a pot of honey. He’ll ignore someone’s background, however appalling, so long as they say nice things about him,” said Morgan criticizing the former President. “That’s an Achilles heel for anyone. For someone running for president, it’s a disaster.”

“Trump’s shown a repeated and disturbing tendency to embrace the worst, most bigoted people in the world. That’s why his dinner with Nick Fuentes isn’t really that shocking,” the British journalist continued. “Trump enjoyed him blowing smoke up his needy backside, and that’s all he cares about.”

“This dinner should be a massive wake-up call for those in the GOP still weirdly in thrall to a severely tarnished ex-leader who will happily sup with anti-Semitic devils if they tell him they love him,” Morgan concluded. “Trump, not that we needed much of a reminder, will never change. But the Republican Party must, and move on from him fast, or it will lose in 2024.”

The former President said he was unaware of other guests accompanying Ye for their dinner and insisted he did not know who Fuentes was.

“Kanye West very much wanted to visit Mar-a-Lago,” said Trump in a series of Truth Social posts. “Our dinner meeting was intended to be Kanye and me only, but he arrived with a guest whom I had never met and knew nothing about.”

During his brief appearance on Timcast IRL Monday night, West confirmed Trump had no knowledge of Fuentes prior to their dinner at Mar-a-Lago. Fuentes and Yiannopoulos also appeared alongside West during the show though departed shortly after West.

“ZOA deplores the fact that President Trump had a friendly dinner with such vile antisemites,” said the Zionist Organization of America in a statement following news of the group’s dinner. “His dining with Jew-haters helps legitimize and mainstream antisemitism and must be condemned by everyone.”

“This is just awful, unacceptable conduct from anyone, but most particularly from a former President and current candidate,” said former New Jersey Governor Chris Christie. 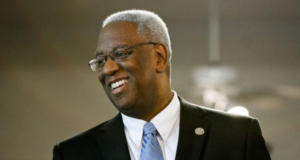