The “People’s Convoy” trucker protest made its way to California this week and stopped at the Oakland home of Democratic Assemblywoman Buffy Wicks to protest her support of an abortion bill and vaccine mandates.

Approximately 20 vehicles, from cars to semitrucks, swarmed Wicks’ East Bay neighborhood for about an hour.

The assemblywoman was home during the protest and called police to come and break it up.

The protest ended peacefully, with no arrests. The trucks, as they departed, ended up on a one lane road by a grocery store that was slowed with traffic.

Counter protesters went to the grocery store, purchased eggs, and began to belt them at the convoy vehicles.

Members of ‘People’s Convoy’ drove across country from MD to the Bay Area in CA. They went to the home of Dem Assembly member Buffy Wicks where they honked horns and used bullhorns against her support of abortion rights. After leaving, they were pelted by eggs by young residents. pic.twitter.com/DroqPk2G7o

– Convoy is disjointed and unorganized now, they’ve lost contact with one another and are attempting to rejoin as a group. panicked, distraught, and lost. They’re slowly re-collectivizing.

Also, someone needs a wash. pic.twitter.com/lRPWBzoubs

“‘We’re fighting for your freedoms too,’ one convoy participant said as eggs flew amid shouts of ‘get the f—k out of here’ by the gathering crowd. A few ill-advised convoy drivers had their windows rolled down, resulting in eggs splattering the insides of their vehicles. Passersby watched in confusion and amusement, with some adults stopping to cheer on the kids,” the SF Gate reports.

Their report described the eggers as “kids,” but many of them were older adults.

The bills the drivers were protesting included abortion bill AB 2223, which has been widely interpreted to legalize the killing of infants through neglect.

123467. (a) Notwithstanding any other law, a person shall not be subject to civil or criminal liability or penalty, or otherwise deprived of their rights, based on their actions or omissions with respect to their pregnancy or actual, potential, or alleged pregnancy outcome, including miscarriage, stillbirth, or abortion, or perinatal death.

“Perinatal,” according to The National Center on Health Statistics, is the period between 28 weeks of gestation and seven days after birth. Others consider the perinatal period to be the time until an infant is 28 days old.

Advocates of the bill claim that it is to protect women who have stillborn babies due to drug or alcohol usage during pregnancy by ending coroner investigations into the cause of death.

The Right to Life League has argued that “the proposed bill decriminalizes infanticide by eliminating civil and criminal penalties for abortions and by amending Health and Safety Code to include ‘perinatal death due to a pregnancy-related cause,’ an utterly meaningless, vague and overbroad clause.”

“A mother, her boyfriend or, for that matter, the babysitter, can starve or beat or shake a three week old baby to death and no one can investigate because under AB 2223 it is a ‘perinatal death.’ You see, the mother can give consent to kill that baby for up to a month or more after it is born. Her consent converts the crime of infanticide into a “perinatal death” protected from investigation or prosecution,” the group’s argument continues.

Wick’s office claimed that the protest was an “intimidation tactic.”

“Bullhorns and loud trucks lend no legitimacy to baseless conspiracy theories from out-of-state protesters, and Asm. Wicks will not indulge any attempts to influence her legislative work through harassment and intimidation tactics — especially when it’s directed at her home and her family,” Erin Ivie, Wicks’ communications director, told The San Francisco Chronicle. 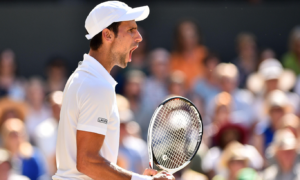