Pennsylvania will launch a review of the 2020 election this week to determine if fraudulent activity took place.

The investigation will be similar in many ways to that of Maricopa County, Arizona, and intended to examine materials like voter rolls and ballots.

“If we are going to give Pennsylvanians an election system they can believe in, we need to remove any doubt about whether the system is fair,” he wrote. “Pennsylvania Senate will conduct a thorough forensic audit of recent elections – including using our subpoena powers.”

“We need to follow the evidence wherever it leads and get real results to make our election system stronger and more secure. That is the only way we can restore faith in our voting process and give all Pennsylvanians the peace of mind to know that future elections will be both fair and honest,” he said.

Three days ago, Corman replaced state Senator Doug Mastriano, a close ally of former President Donald Trump, who had been leading the audit effort with Senator Cris Dush. Corman claims Mastriano “was only ever interested in politics and showmanship and not actually getting things done,” per NBC News.

He also said in an interview that Mastriano did not do enough to ensure the audit could legally stand up in court.

According to Forbes, “Mastriano’s election audit efforts began in early July when the state senator sent letters to Tioga, York, and Philadelphia counties asking them to turn over all their voting materials so he could turn them over to a third party to be inspected. Pennsylvania’s secretary of state responded to Mastriano’s request by issuing a directive saying any county that turns over materials will have their voting machines decertified, which could cost counties potentially millions to replace them.”

On August 20, Mastriano appeared on One America News Network (OANN) and accused Corman of “stonewalling” efforts to have a serious forensic investigation.

“Mastriano said Corman had undermined his efforts for the committee to meet to vote on issuing subpoenas to three counties,” reports Penn Live.

“We should have been having hearings and moving toward a more formalized plan to conduct an investigation weeks ago,” Senator Dush said in a statement following his appointment.

He added: “My team and I are in the process of getting things organized and will work with Senate Leadership to get it done. The purpose of this investigation is to uncover information which is necessary for the legislature to potentially take future legislative action.” 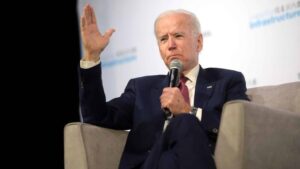