“We write to you today to relay the concerns of various Pennsylvania educators, state officials, and most importantly parents regarding radical indoctrination of students in the classroom,” Representative Keller began in his open letter. The representative from Pennsylvania suggested that, although individual parent-teacher associations are given the authority to add or remove books from library shelves, the state, through the Department of Education, might need to provide additional oversight.

As Timcast has previously reported, Gender Queer: A Memoir, the book at the center of his concerns, has reached the attention of parents in other states to the extent that the New York Times has called it one of the most banned books in the country. In Dixfield, Maine, parents of students at Dirigo High School raised the issue of the content in the book and asked that it be removed from the shelves. In response, however, local business owners rallied to ensure that children could obtain free copies of the book.

In the book, author Maia Kobabe details and draws a number of scenes that have been singled out for condemnation by parents who have said they are not opposed to LGBT-related topics, but find the way they are handled in this instance to be pornographic. The New York Times, in its defense of the book, admits that it includes a number of scenes parents might find troubling:

The book also features images of the author and a girlfriend “experimenting with a strap-on sex toy” and imagining two men engaging in intercourse.

While Keller stops short of characterizing the book as pornographic, he does suggest that the “graphic material” does not provide educational value to elementary and secondary students.

Keller has asked the governor to address the following questions: 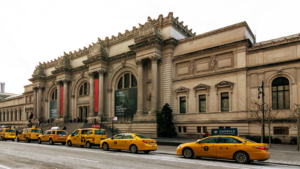