Pence Suggests He May Consider 2024 Run For President

During an interview on Fox Business on Tuesday, Former Vice President Mike Pence suggested that he may consider running for president in 2024.

Bartiromo had asked the former VP if a run was something he was considering.

Appearing on the show from Israel, Pence also asserted that the “time has come to sanction all oil and energy exports from Russia.” He claimed that an international embargo would “bring the kind of pressure that we must bring to bear if we hope to stop this mindless, senseless Russian invasion of Ukraine.”

According to data from YouGov, Pence’s popularity rating is at 28 percent, while he is disliked by 48 percent.

Data from Rasmussen Reports has him polling at five percent among Republicans.

Mike Pence is polling at 5% – behind Liz Cheney – among Republicans. But somehow someone from somewhere dropped $10M on him for a profile reshaping TV buy in March of 2022. Wonder who supplied the cash? 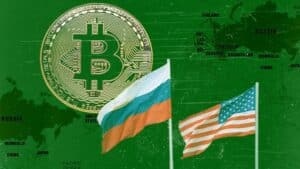 DC Sets Its Sights On Cryptocurrency in Expanded Russian Sanctions