According to a disclosure from Pelosi’s office, her husband Paul purchased up to $5 million in stock options on a computer-chip company just before a Congressional vote next week that could deliver approximately $52 billion dollars in subsidies to boost manufacturing in the industry.

The purchase ignited a scandal and has raised serious questions of corruption and ethics across social media.

The illegal inside trader of the decade has just been awarded to drunk Paul Pelosi and drunker Nancy Pelosi.

“It certainly raises the specter that Paul Pelosi could have access to some insider legislative information,” Craig Holman, a government affairs lobbyist for the left-wing think tank Public Citizen, told the Daily Caller News Foundation. “This is the reason why there is a stock trading app that exclusively monitors Paul’s trading activity and then its followers do likewise.”

Fox Business reached out to Pelosi’s office for comment on the purchase and they responded by asserting that the Speaker herself does not own the stocks.

“The Speaker does not own any stocks. As you can see from the required disclosures, with which the Speaker fully cooperates, these transactions are marked ‘SP’ for Spouse. The Speaker has no prior knowledge or subsequent involvement in any transactions,” Nancy Pelosi’s spokesman, Drew Hammill, said in a statement to FOX Business.

The outlet also asked about proposals that would ban stock trading by members of Congress.

Hammill replied by saying that, “there are at least three proposals introduced in the House in this regard and the Speaker has asked the Committee on House Administration to review these proposals.” He told FOX Business that they “should check with the committee on their latest.”

“The Speaker believes that sunlight is the best disinfectant. The Speaker has asked Committee on House Administration Chair Zoe Lofgren to examine the issue of Members’ unacceptable noncompliance with the reporting requirements in the STOCK Act, including the possibility of stiffening penalties,” Hammill continued.

Pelosi’s spokesman added that insider trading is already a crime and that Pelosi supports enforcement against it.

“To be clear, insider trading is already a serious federal criminal and civil violation and the Speaker strongly supports robust enforcement of the relevant statutes by the Department of Justice and the Securities and Exchange Commission,” he added. “The Speaker led the House in passing the bipartisan Courthouse Ethics and Transparency Act, which would subject federal judges to similar disclosure requirements as those in the STOCK Act. President Biden signed this bill into law in May.”

The bipartisan competition bill could go to a vote as soon as Tuesday. 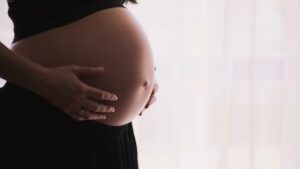