On Sunday, the Speaker of the House expressed confidence to reporters that the bill will pass

House of Representatives Speaker Nancy Pelosi announced that a vote on the $1 trillion bipartisan infrastructure bill will be held on Thursday.

The announcement comes amid a week of high-priority legislation that could potentially end in a government shutdown on Friday.

“The Senate is scheduled to vote at 5:30 p.m. EST on whether to begin debate on extending federal government funding to Dec. 3 and to suspend the debt limit until December 2022,” says USA Today.

The Infrastructure Investment and Jobs Act passed the Senate on August 10. The bill has the support of Senate Minority Leader Mitch McConnell as well as 18 other Senate Republicans.

“It includes $550 billion in new spending and $650 billion in other authorizations over five years, for a total of $1.2 trillion. The Congressional Budget Office estimated that the bill would add $256 billion to the national debt over the next 10 years,” according to The Washington Examiner.

The Democrats are also aiming to pass the reconciliation bill, called the Build Back Better Act. The Bill would establish the framework for a $3.5 trillion social spending package. It would mandate paid family and medical leave as well as raise the corporate income tax and capital gains tax rates. Since reconciliation bills are not subject to filibuster, the Democrats only need a simple majority for it to pass without Republican support. The same strategy was successfully used by the party to pass the $1.9 trillion COVID-19 relief bill.

House Republicans are united against the reconciliation bill. Because the House is comprised of 220 Democrats and 212 Republicans, Pelosi would need Republican support to pass the bill if more than three of her party members vote against it.

Chairman of the House Transportation and Infrastructure Committee, Oregon Democratic Rep. Peter DeFazio, said passing both pieces of legislation would be the Speaker’s “toughest challenge.”

The government’s next fiscal year beings on Oct. 1. If the federal government is unable to pass the spending bills, the government could default on its obligations in the following weeks.

Returning from a presidential retreat at Camp David, President Joe Biden said he was “optimistic about this week.” 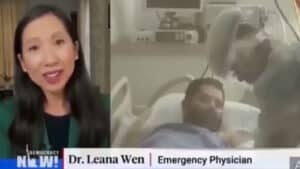