Putin provided the update during a press conference with Belarusian President Alexander Lukashenko.

“Now, security requirements are one thing, and the issues of regulating relations over Crimea, Sevastopol and Donbas are taken out of the scope of these agreements. That is, we have again returned to a dead-end situation for ourselves and for all of us,” Putin said, according to a translation from Russian media.

Putin points out that the Ukrainian side flip-flops when it comes to negotiations, saying that such a positions-changing attitude doesn’t contribute to achieving any progress.https://t.co/zBPo59PguB pic.twitter.com/XnfdQ387wa

Putin alleged that Ukraine has violated agreements made in Istanbul in late March regarding Crimea and the Donbas by “flip-flopping” and failing to recognize Crimea as Russian and the Donbass republics as independent.

“The Ukrainian side actually violated their agreements reached in Istanbul and now they do not want to discuss the issue of Crimea, or the Donbass, and so that’s the … of the agreements,” Putin said. “And in fact, yesterday evening, they reported to me that the Ukrainian side changed their position again, but this kind of — this changing positions all the time makes it impossible for us to achieve a certain progress, any progress, in the negotiations process.”

According to a report from RT, “Moscow is demanding that Kiev officially recognize Crimea as part of Russia and the republics in Donbass as independent states. Crimea voted to leave Ukraine and rejoin Russia shortly after the 2014 Maidan coup in Kiev. During the talks in Istanbul, the Ukrainian delegation promised that Kiev would not attempt to reclaim the Donbass republics by force, and suggested holding separate negotiations on the status of Crimea over the course of 15 years.” 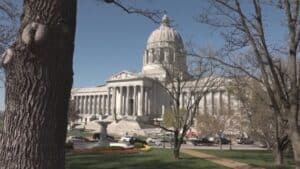