PayPal has reported that they processed over $188 million in donations on ‘Giving Tuesday,’ a day of charity following Cyber Monday that began in 2012.

This year’s donations are the largest amount raised on the platform since the global day of giving’s inception.

In a press release provided to Timcast, PayPal said that more than 1.6 million of their customers across 193 markets donated to causes they care about, amounting to over 2.1 million donations in total.

“We are inspired by the generosity of our global community of employees and customers, who came together again on Giving Tuesday this year in record numbers to use the PayPal platform to support causes close to their hearts,” said Franz Paasche, Chief Corporate Affairs Officer, PayPal. “We’re grateful to the members of our PayPal community for all they do to support those in need around the world.”

PayPal processes donations for over 600,000 nonprofits across the globe.

Since 2012, billions of dollars have been raised for causes ranging anywhere from feeding the hungry to supporting pet adoptions.

In addition to individual giving, many shops and organizations donate a portion of their proceeds to various causes on Giving Tuesday. Some retailers gave options to round up your change to donate to various organizations. For example, Etsy gave shoppers the option to donate their change to their own Uplift Fund, which provides financial opportunities and assistance to artisans facing economic hardship. Hanes donated a pair of socks to organizations serving the homeless for every order placed on their website.

USA Today reports, “GivingTuesday started in 2012 by the 92nd Street Y, a New York City nonprofit organization dating back to 1874, as part of a partnership with the United Nations Foundation. Since then, the annual event’s reach has grown significantly – with 2021 estimations for movements in 80 countries around the world and almost 300 community campaigns in the United States alone. Last year, people donated nearly $2.5 billion in the United States, according to a recent GivingTuesday report.” 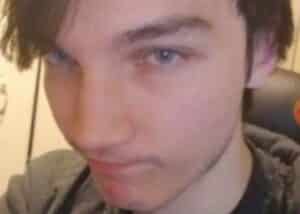