A Michigan prosecutor has filed charges of involuntary manslaughter against the parents of the 15-year-old Oxford High School shooting suspect, Ethan Crumbley.

The parents, Jennifer and James Crumbley, have each been charged with four counts of involuntary manslaughter in Tuesday’s shooting — which left four dead and seven injured.

Ethan Crumbley was charged as an adult on Wednesday. He is facing charges that include murder, terrorism and other crimes.

Oakland County Prosecutor Karen McDonald has said that the actions of the parents were “far beyond negligence” in this case.

The troubled teen’s father had purchased the 9mm Sig Sauer SP 2022 gun, that was later used in the massacre, four days before the shooting, Oakland County Sheriff Michael Bouchard said during a press briefing.

The student had been flagged twice by school staff. His parents were actually at the school on the morning of the attack to meet with their son and school personnel over concerns about his behavior. 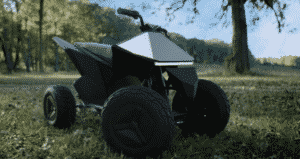