Parents of “trans kids” in Texas have filed a lawsuit aiming to block state investigations into their families for child abuse.

The lawsuit was filed by the American Civil Liberties Union and Lambda Legal on behalf of three Texas families.

The families claim that the Department of Family and Protective Services (DFPS) is investigating them for providing gender change treatments to minors. They are seeking a temporary restraining order and preliminary injunction.

In February, Attorney General Ken Paxton asserted that a wide variety of elective procedures for gender alteration is illegal for minors in the state, including reassignment surgeries that can cause sterilization, mastectomies, removals of otherwise healthy body parts, and administration of puberty-blocking drugs or supraphysiologic doses of testosterone or estrogen.

Shortly after AG Paxton’s assessment, Governor Greg Abbott ordered multiple agencies to begin investigations into the custodians of children being given certain gender-altering procedures and pharmaceuticals.

The investigations were temporarily halted by a lawsuit filed by the family and doctor of a 16-year-old biological male who identifies as female, but the Texas Supreme Court ruled in May that the state may continue the abuse investigations.

Though the court ruled that investigations, broadly, could continue, they halted investigations into the family of the teenager that brought the lawsuit on.

According to the Texas Tribune, this lawsuit seeks to block the state from investigating any families that belong to PFLAG, an advocacy group for parents and family members of LGBTQ+ people, which has 17 chapters and over 600 members in the state.

There are at least nine families under investigation for gender alteration of minors, according their report.

The lawsuit claims that a 16-year-old who identifies as transgender attempted suicide the day that Governor Abbott issued the directive.

The teenager “said that the political environment, including Abbott’s Letter, and being misgendered at school, led him to take these actions,” according to the filing.

The attempt was unsuccessful and the student has received treatment at an outpatient psychiatric facility, where they learned that the teenager was taking hormones. Staff reported this to DFPS and the family is currently under investigation. 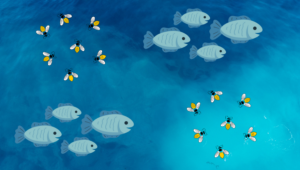 California Court: Bees Are Fish According to State Laws