California Court: Bees Are Fish According to State Laws

In an unexpected twist to the age-old fish out of water story, a California court has ruled that bees can be classified as fish in order to qualify for protection from the state’s laws concerning endangered species.

California’s Third District Court of Appeal weighed in on whether insects can be protected under the California Endangered Species Act (CESA) which places protections on species native to the Golden State, but does not delineate a category for terrestrial creatures that do not qualify as a bird, mammal, amphibian, reptile, or plant.

In a previous ruling, the Sacramento County Superior Court decided that bees and other insects could not receive protection under the CESA since they did not fit in any of the listed categories. However, the appeals court disagreed, citing the law’s definition of “fish” which includes invertebrates as a subspecies.

“We acknowledge the scope of the definition is ambiguous,” the court wrote, adding “the legislative history supports the liberal interpretation of the Act that the Commission may list any invertebrate as an endangered or threatened species.”

The appeals ruling is the product of a petition submitted by a number of agricultural interests that took issue with the California Fish and Game Commission’s consideration of classifying four species of bees as threatened or endangered.

However, the Third District Court of Appeals cited a regulatory oversight error in 1980 as a justification for the permanent inclusion of insects as part of the Commission’s authority. That year, the Commission attempted to include a number of butterflies in their expanded endangered species list as well as an organism called the Trinity bristle snail. The Office of Administrative Law denied their request on the grounds that they did not have the authority to include insects.

In a meeting later that year, Gene Livingston, Director of the Office of Administrative Law, reiterated the self-evident fact that “insects are not fish,” and it was decided that the Commission would refile after removing the listed insects. The Trinity bristle snail, which was listed as a mollusk but is also an invertebrate and doesn’t enter the water, made the cut.

The importance of the inclusion appears to have gone largely unnoticed with the California Attorney General, noting in 1998 that “insects are ineligible for listing as a threatened or endangered species.”

The appeals court issued the following ruling: “Although the term fish is colloquially and commonly understood to refer to aquatic species, the term of art employed by the Legislature in the definition of fish in section 45 is not so limited.”

The reversal of the superior court’s decision allows for the Commission to extend protections to bees and other insects, but it remains unclear how these regulations will impact the future development of California’s agricultural and manufacturing businesses that took issue with the inclusion. 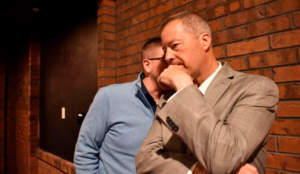