The primary results for the new congressional district in Montana have been delayed after the ballots were printed on the wrong size paper.

Lincoln County’s ballots cannot be machine counted because they do not fit in the tabulator, according to the Secretary of State’s office. Additionally, Missoula Country has 2,500 outstanding ballots that are not expected to be totaled until June 13,

The officer’s spokesperson Richie Melby said that Montana law requires all the ballots to be counted by hand or by machine, per the Great Falls Tribune. A combination is not allowed.

The seat is in a new congressional district in the state that was created after redistricting following the 2020 census.

Representative Matt Rosendale, the incumbent from what had previously been Montana’s only district, won his primary in what is now Congressional District 2. The congressman was endorsed by President Donald Trump.

He will face Billings councilmember Penny Ronning, a Democrat.

In District 2, five Republicans campaigned for the new federal position.

The two front runners, Ryan Zinke and Al Olszewski, are estimated to be less than 2% apart with 93.2% of ballots counted, per NPR.

Olszewski is a former state senator. During his campaign, he advocated for increasing competition in the agriculture industry, eliminating the U.S. Department of Education in favor of additional state education funding, and increasing energy independence by creating more oil and gas leasing opportunities.

“We are competitive through inexpensive energy and inexpensive raw materials,” Olszewski said during a Republican debate in May. “Drill, baby, drill.”

Zinke is a former Navy Seal who was endorsed by Trump. Prior to joining Trump’s cabinet as Secretary of the Interior in 2017, Zinke had served as the state’s U.S. congressman. The position was filled by Rosendale after his departure. Zinke’s previous service in the state means he has been generally regarded as an incumbent.

“Running as if he is unopposed, Zinke has largely walled himself off from both the press and his would-be constituents,” reports HuffPost. “He grants interviews almost exclusively to right-wing outlets and radio hosts, where he can count on softball questions, and did not show up to a single candidate forum ahead of Tuesday’s primary, including one last month in his hometown of Whitefish.”

The winner of the primary will face attorney Monica Tranel, the Democrat candidate who secured 65% of the vote against two competitors in the November election.

Lincoln Country is conducting a hand count of the estimated 6,000 misprinted ballots. The count could take up to three days. 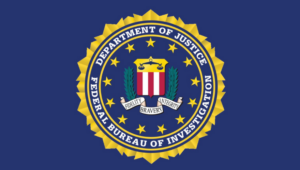