An extreme majority of voters are worried about the rising cost of gas and widespread inflation taking place in the US.

According to a poll conducted by Beacon Research and Shaw & Company Research for Fox News, 87 percent of the registered voters surveyed are either “extremely” or “very” concerned about inflation.

The poll also found that 84 percent of respondents are worried about their families dealing with the rising gas prices. Half of the people who responded consider this to be a “major problem” for them.

Almost everyone, 94 percent, think the gas price increase is a problem for the country’s economy.

Additionally, the poll found that President Joe Biden’s ratings on the economy are down, dropping 11 points even among Democrats.

“Seventy-three percent of voters, the highest since May 2020, rate the economy negatively — and nearly three times as many are falling behind as getting ahead financially (39 vs. 14 percent). The 39 percent who are falling behind is up from 27 percent in June,” Fox News reported.

The report also noted that “Overall, majorities of voters report empty store shelves (71 percent) and slower delivery times (55 percent) in the past month, and 83 percent say their grocery costs have increased — including 43 percent who say prices are up ‘a lot.'”

“Biden’s declining ratings on the economy must be a major concern for the White House,” said Republican pollster Daron Shaw, who conducts the Fox News poll with Democrat Chris Anderson. “Historically, bad economic news spells trouble for the incumbent party in the midterms.”

The poll was conducted from October 16-19, 2021 under the joint direction of Beacon Research (D) and Shaw & Company Research (R). The pollsters conducted interviews with 1,003 registered voters nationwide who were randomly selected from a national voter file and spoke with live interviewers on both landlines and cellphones. The total sample has a margin of sampling error of plus or minus three percentage points. 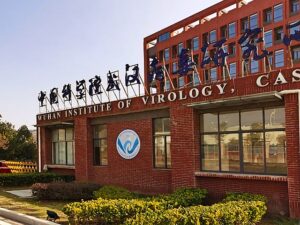