Documents released yesterday by the National Institutes of Health (NIH) appear to confirm that Dr. Anthony Fauci lied earlier this year when he claimed the U.S. funded gain-of-function research for bat coronaviruses at the Wuhan Institute of Virology in China (WIV).

In a letter to Rep. James Comer (R-Ky.) on Wednesday, a top NIH official blamed EcoHealth Alliance — a U.S.-based health organization that has used federal money to fund research at the WIV — for failing to be transparent about the research that transpired there.

NIH’s principal deputy director, Lawrence A. Tabak, wrote in the letter that EcoHealth’s “limited experiment” tested whether “spike proteins from naturally occurring bat coronaviruses circulating in China were capable of binding to the human ACE2 receptor in a mouse model.”

“The research plan was reviewed by NIH in advance of funding, and NIH determined that it did not fit the definition of research involving enhanced pathogens of pandemic potential (ePPP) because these bat coronaviruses had not been shown to infect humans,” Tabak added. “As such, the research was not subject to departmental review under the HHS PSCO Framework.”

The letter said that measures put in place “out of an abundance of caution and as an additional layer of oversight [would] prompt a secondary review to determine whether the research aims should be re-evaluated or new biosafety measures should be enacted.”

However, “EcoHealth failed to report this finding right away, as was required by the terms of the grant.”

While admittedly not knowing the full extent of EcoHealth Alliance’s research at the WIV, the letter went on to claim that “bat coronaviruses studied under the EcoHealth Alliance grant could not have been the source of SARS-Cov-2 and the COVID-19 pandemic.”

The letter said that while RaTG13, a bat coronavirus collected in 2013 and researched at the WIV, had a genome that was “96-97%” similar to SARS-CoV-2, the virus is “too divergent to have been the progenitor of SARS-CoV-2.”

However, as noted by a Congressional Republican-led probe into the origins of COVID-19, “the largest difference between RaTG13 and SARS-CoV-2 is at the spike protein – precisely where the WIV modified various coronaviruses for years – and that WIV researchers renamed the virus and lied about when they sequenced, ID4991/RaTG13 could be a source of genetic material if SARS-CoV-2 was indeed genetically modified.” 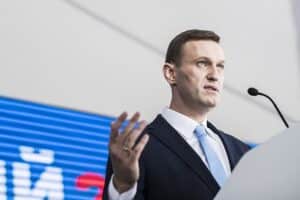