The organization announced on Oct. 20 that Navalny had won the Sakharov Prize for Freedom of Thought, which is named after the Soviet dissident Andrei Sakharov.

The award has previously been given to South African President Nelson Mandela and Pakistani activist Malala Yousafzai.

It comes with a $59,000 prize and is presented at a ceremony in Strasbourg in mid-December. Navalny is unlikely to attend because he is currently in jail for allegedly violating a 2014 suspended sentence related to an embezzlement charge.

He was arrested upon his return to Russia from Germany, where he had been hospitalized in August of 2020 after being poisoned by a nerve agent known as Novichok. Navalny blamed the attack on the Kremlin. He nearly died and spent five months recovering.

“Awarding Navalny the prestigious human rights prize marks a symbolic rebuke of Russian President Vladimir Putin, who has been at odds with the EU for years — particularly since Russia’s unilateral annexation of Crimea in 2014,” reports Business Insider.

Navalny thanked the EU for the award via Twitter, which he has access to through his lawyer. He called the award an “honor” and a “great responsibility.”

I came into the meeting room, took off my ushanka hat and heard from the lawyer: "Congratulations on being awarded the Sakharov Prize." (1/10)

“Money loves silence”, as those throw people into prisons all over the world, torture them, deprive them of the right to a fair trial and fair elections, love to repeat. (6/10)

“I dedicate my prize to all kinds [of] anti-corruption fighters around the world: from journalists to lawyers, from officials (there are some, yes) and deputies to those who take to the streets to support this fight. I wish them perseverance and courage even in the scariest of moments,” Navalny said. “I am just one of those many who fight corruption, because I consider it not only as the cause of poverty and degradation of states, but also as the main threat to human rights.”

Navalny added, “I wish them perseverance and courage even in the scariest of moments.”

According to Reuters, the Kremlin said it could not be forced to respect the EU’s decision. 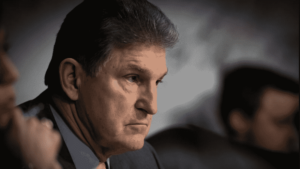