Over $700,000 Raised for Wife and Unborn Baby of Marine Killed in Kabul

Over $700,000 has been raised for the wife and unborn baby of a 20-year-old Marine who was killed in the terrorist attack in Kabul last week.

Marine Lance Cpl. Rylee McCollum, one of the thirteen servicemembers killed in the bombing, died just a few weeks before his baby was due.

Upon learning about his family, the Into the Breach Supply Company launched a GoFundMe specifically “dedicated to the education and upbringing of Marine Rylee McCollum’s child who is expected for September.”

“His sacrifice at HKIA to protect the lives of those who cannot themselves will not be forgotten,” the fundraising description reads.

The fundraiser for his child has already raised nearly $550,000 from over 11,000 generous donors.

A second GoFundMe was set up for his wife Jiennah McCollum by her mother.

“My heart is incredibly heavy today, in the wee hours of the morning my beautiful daughter got that knock on her door that no military spouse wants to get.  Her strong, handsome, incredibly brave husband of less than a year was one of the 13 Marines that gave his life yesterday in Kabul. She’s 36 weeks pregnant and she lost her love,” the fundraiser states. “I never got to meet him, but I will meet his baby, and I will love and spoil that baby forever. please hold her in your heart and soul because she needs it, this mama knows exactly what that feels like.”

Jiennah McCollum, as well as the fallen Marine’s father and sisters, were scheduled to meet with President Joe Biden over the weekend.

While the grieving widow did speak to the president, the rest of his family refused because they hold Biden responsible for his death.

NEW – Kathy McCollum, the mother of U.S. Marine Rylee McCollum, who was killed in the #Kabul attack, blames Biden and Democrats for her son’s death.pic.twitter.com/akNMNl9hcA

Roice McCollum, one of the late corporal’s sisters, told the Washington Post that the meeting did not go well. The wife said that the president showed a “total disregard to the loss of our Marine.”

“You can’t f— up as bad as he did and say you’re sorry,” Roice said. “This did not need to happen, and every life is on his hands.” 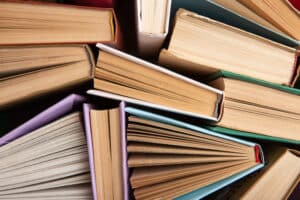 LA Teacher's Union Boss: 'There Is No Such Thing As Learning Loss'