Over 70 People Killed by Lightning in India 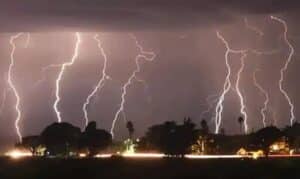 From June to September, monsoons bring heavy rain to the country. The storms supply two-thirds of the nation’s annual rainfall. The rain is vital to the agricultural production of the country as fewer than 40% of farms are irrigated – leaving the rest dependent on rain. However, the storms also cause billions of dollars of widespread damage each year.

In the state of Rajasthan, an estimated 23 people died due to lighting in recent days. The state disaster department told the media that 12 people were killed watching a storm from watch towers near the 12th-century Amer Fort near the city of Japiur. The fort is popular tourist destination and attracts thousands of visitors each year.

“It was already raining when the people were there. They huddled in the towers as the rainfall intensified. Some of the injured were left unconscious by the strikes. Others ran out in panic and extreme pain,” a senior Jaipur police officer said to a news outlet.

In Uttar Pradesh, at least 42 people died over the weekend. Authorities did not release the location or circumstances related to the deaths.

“The chief ministers of Uttar Pradesh and Rajasthan and India’s Prime Minister Narendra Modi have announced compensation for the families of those who died,” reports BBC.

According to the Financial Times, “a good monsoon season last year was vital in India surviving the historic economic contraction that followed a strict multi-month lockdown. A bountiful harvest provided employment to returning migrants who had lost their jobs in cities and stoked consumption of everything from motorcycles to consumer goods.”

Weather service data indicates that lighting strike deaths have doubled in India since the 1960s. On average, over 2,000 people die from lighting strikes in India each year. 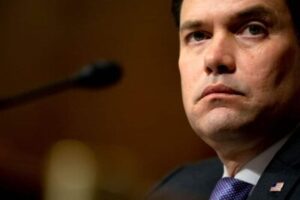