Sen. Marco Rubio (R-FL) sent a letter to President Biden on Monday calling for the United States to support the Cuban people in their resistance against the Cuban government.

“The Cuban dictatorship has rejected every effort that would allow the Cuban people to prosper, including your previous efforts as Vice President,” Rubio wrote. “Despite the Obama Administration’s efforts to engage with the regime, the dictatorship continues to restrict travel for political opponents, siphon off the salaries of Cubans employed at foreign firms and severely limit the economic freedom of its citizens to own property and start a business. The current protests in Cuba are not just about current economic shortages. They are about the longstanding and deliberate actions taken by the dictatorship to stymy the economic prosperity and political freedom of the Cuban people.”

After citing a report from the InterAmerican Human Rights Commission (IACHR) detailing the oppression of the Cuban people by the Cuban government, Rubio added, “More than 64 percent of Cuba’s total number of COVID-19 cases have occurred in just the past two months. Rather than take the necessary steps to address this surge, the Castro- Díaz-Canel regime wants to maintain its grip on power at all costs. It continues to exploit Cuban doctors by forcing them to work overseas on foreign medical missions so that it can confiscate their paychecks. Rather than accept reliable internationally produced vaccines, the regime is trying to develop its own so it can sell to countries and further funnel money. This response makes it clear that this regime does not care for the lives and wellbeing of the Cuban people.”

Rubio then listed six steps President Biden should take to help the Cuban people, “First, I ask that you clearly warn the regime that any effort to encourage mass migration will be viewed and treated as a hostile action against the United States.”

“Second, I ask that it become an urgent priority of the United States to facilitate open and free satellite internet access on the island of Cuba.” Rubio continued. “Third, I ask that you instruct the U.S. Department of State to engage with our allies in the European Union and the Western Hemisphere to coordinate a strong rejection and condemnation of the repressive actions taken by the Communist regime against the unarmed people of Cuba.”

“Fourth, I ask that the State Department be tasked with identifying those carrying out acts of violent repression inside of Cuba, and placing these individuals on a list banned from entering the United States.” Rubio wrote. “Fifth, I ask that the United States make clear that it is prepared to provide COVID-19 vaccines, and other humanitarian assistance, to the people of Cuba, but only if it is delivered to and distributed by trustworthy and independent international organizations. We must not allow the regime to take possession of such relief and use it as a weapon to force the people of Cuba into compliance with the regime’s demands. “

“And finally, I ask that given the events of the last day, that your administration issue a clear and unambiguous statement that the current U.S. policies towards the regime implemented by the Trump Administration will remain in place,” Rubio concluded. 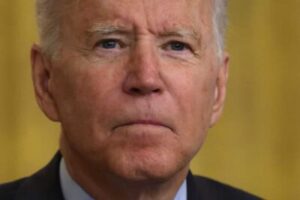