Among News Junkies, A Staggering 94% Believe The Election Outcome Was Affected By Election Day Problems

Following numerous reports of Election Day voting machine errors, closed polling locations, and other anomalies, a new poll from Rasmussen Reports shows that 71 percent of likely U.S. voters believe that problems with the election affected the outcome of the Senate race.

In one of the most watched contests in the country, Democratic incumbent Sen. Mark Kelly defeated GOP challenger Blake Masters by a four-point margin (51-47). But, the win has been overshadowed by questions about the integrity of the outcome.

On Nov. 17, Rasmussen reported that 48 percent of election centers had printer or tabulator malfunctions on Election Day. But, two days later a letter from Arizona Attorney General Mark Brnovich revealed that “at least 60 voting locations had issues related to some ballot-on-demand (BOD) printers having printer configuration settings that were non-uniform, which appeared to have resulted in ballots that were unable to be read by on-site ballot tabulators.”

Across the U.S., early voting turnout skews toward Democrats, as Republicans — suspicious of mail-in ballots and the early voting process — wait to vote in-person on Election Day. Consequently, any problems encountered on Election Day are more likely to impact Republican voters, fueling suspicions that the anomalies may have been intentional.

Rasmussen’s survey found that 72 percent of voters agree with gubernatorial candidate Kari Lake’s statement that the election was “botched” and that “this isn’t about Republicans or Democrats. This is about our sacred right to vote, a right that many voters were, sadly, deprived of on November 8th.”

Among voters who closely follow the news, 94 percent believe that problems with the election in Maricopa County affected the outcome of the election.

Confidence in the election results also correlate with party affiliation, as more than half of Republicans (52 percent) say it’s likely that problems in Maricopa County impacted the Senate election. That view is shared by 45 percent of independent voters and 23 percent of Democrats.

Considering racial demographics, 68 percent of white voters believe the Senate race was affected by Election Day problems, while 73 percent of black voters and 80 percent of other minorities agree. 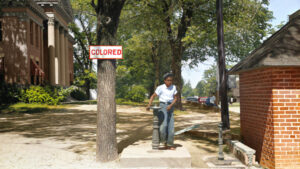