Over 1,100 Scientists Sign Declaration Stating There is ‘No Climate Emergency’

More than 1,000 scientists have signed a declaration entitled “There Is No Climate Emergency.”

The symbolic document formalizes a rebuttal to the claim that climate change is an existential threat to humanity.

“Climate science should be less political, while climate policies should be more scientific,” the group of experts writes in the first paragraph of the declaration.

Climate Intelligence (CLINTEL), an independent foundation specializing in climate change and climate policy, was the catalyst for the declaration, which includes signatures from scientists, physicists, and climate experts from around the globe. The list of signatories includes former officials from NASA, the U.S. Army, U.S. Navy and U.S. Air Force.

According to its website, CLINTEL was founded by emeritus professor of geophysics Guus Berkhout and science journalist Marcel Crok and seeks to advance understanding of the causes and effects of climate change, with four guiding principles:

1. The Foundation tries to communicate objectively and transparently to the general public what facts are available about climate change and climate policy and also where facts turn into assumptions and predictions.

2. The Foundation conducts and stimulates a public debate about this and carries out investigative reporting in this field.

3. The Foundation wants to function as an international meeting place for scientists with different views on climate change and climate policy.

4. The Foundation will also carry out or finance its own scientific research into climate change and climate policy.

For decades, climate change (in some form) has been a rallying cry for lawmakers and activists worldwide. In the U.S., congressional representatives just passed The Inflation Reduction Act, which includes provisions purportedly to mitigate climate change.

A number of countries, corporations and private companies have announced targeted dates of 2030 or 2050 to accomplish key objectives to reduce emissions, based on the idea that an accelerated timetable is needed to mitigate the effects of climate change on the earth.

1. Natural as well as anthropogenic factors cause warming

2. Warming is far slower than predicted

4. CO2 is plant food, the basis of all life on Earth

The scientists who comprise the CLINTEL global network believe that scientists should “openly address uncertainties and exaggerations” in their dire predictions, while lawmakers should “dispassionately count the real costs” and “imagined benefits” of their climate policies.

The group states that “science should strive for a significantly better understanding of the climate system, while politics should focus on minimizing potential climate damage by prioritizing adaptation strategies based on proven and affordable technologies.”

Editor’s Note: A previous version of this article included the claim that 99 percent of scientists agreed climate change is an existential threat. That erroneous statistic has been removed. 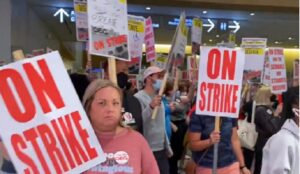