Thousands more were injured and 2,000 homes were destroyed

An earthquake, which struck the eastern provinces of Paktika and Khost in Afghanistan, has left over 1,000 dead and hundreds more wounded — marking the first major natural disaster challenge to the fledgling Taliban government which took over control of the region following the withdrawal of American forces last year.

A U.N. envoy reports that at least 2,000 homes have been destroyed in the mountainous region, and Bakhtar News Agency, the state-run news agency of Afghanistan, said that the quake “killed over 1,000 people and injured thousands more in four districts of southeastern Paktika province.”

According to Bakhtar, the Afghani Ministry of Defense has deployed seven helicopters to assist in transporting the most critically wounded to military and civilian hospitals, noting that 100 people have been airlifted out of the disaster zone so far. The quake poses a particular challenge to the new Afghanistan regime that, since gaining power, has seen most international aid organizations withdraw from the region.

Still, the United Nations Office for the Coordination of Humanitarian Affairs has issued a statement signaling a burgeoning international response:

The World Health Organization (WHO) and several Non-Governmental Organizations are deploying mobile health teams, medicines and medical equipment to Paktika and Khost provinces and mobilizing additional medical supplies. WHO has delivered 100 cartons of emergency medicine to the districts of Barmal and Giyan in Patkika. Inter-agency joint needs assessments will be carried out in both districts in the coming days.

The UN Children’s Fund has deployed at least 12 teams of health workers to worst-hit Giyan district in Patkika Province, and several mobile health and nutrition teams to Barmal district also in Paktika and Spera district in Khost Province.

Additionally, Iranian Foreign Ministry Spokesman Saeed Khatibzadeh has pledged to render aid to the victims of the quake, and the Iranian government has already dispatched two planes filled with supplies. China, Pakistan, and Turkey have also offered to provide emergency support to the region.

The United States, which does not have an official relationship with Taliban-led Afghanistan and operates its embassy out of Qatar, issued the following statement:

We are deeply saddened by reports of an earthquake in eastern Afghanistan. We offer our heartfelt condolences to all who have been affected by this devastating event.

TOLO News, an agency headquartered in Kabul, uploaded footage from the disaster zone:

Video: Rescue workers in Paktika respond to aftermath of an earthquake that has killed hundreds in southeastern Afghanistan.#TOLOnews pic.twitter.com/XuBzCX3O8e

Nearly 2,000 homes have been destroyed by the deadly earthquake in Afghanistan, according to a UN envoy.

Many injured people are still believed to be trapped under the rubble. 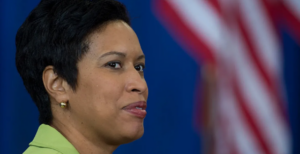