Ottawa Mayor Jim Watson is trying to use Canada’s Emergencies Act to sell the trucks seized from Freedom Convoy protesters.

Speaking to the government-funded Canadian Broadcasting Corporation over the weekend, Watson initially claimed that he believes selling the trucks would help recoup some of the cost the city incurred as a result of the protest.

“We actually have the ability to confiscate those vehicles and sell them,” Mayor Jim Watson said during an interview on the CBC.

“I’ve asked our solicitor and our city manager, how can we keep the tow trucks and the campers and the vans and everything else that we’ve confiscated, and sell those pieces of equipment to help recoup some of the costs that our taxpayers are absorbing,” Watson said. “So that’s one of the provisions of the Emergency Act, and we have been a beneficiary of the Emergency Act.”

Mayor of Ottawa looking to rake in a pretty penny for the city by… selling the trucks and equipment they confiscated under the emergency powers. OK then.pic.twitter.com/Vlk9fDlV0m

Watson later admitted that he does not want to return the trucks because he does not think that the protesters deserve to have them back.

“I want to see them sold. I don’t want the return to these people who’ve been causing such frustration and angst in our community,” Watson said. “You can’t come to Ottawa anymore and shut down our city for four weeks.”

Prime Minister Justin Trudeau signed the Emergency Act to freeze bank accounts and crypto wallets of those believed to be involved with the convoy. It also allowed police to crack down on the protest on Friday, culminating in the mass arrest of nearly 200 people.

The truckers had been protesting for three weeks over mandatory vaccines or quarantines for drivers traveling between the United States and Canada before the crackdown. The drivers had shut down several ports of entry, including the Ambassador Bridge between Detroit and Ontario for six days. 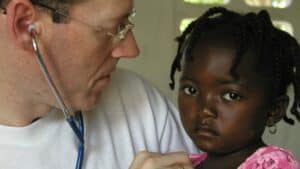