The plaintiffs were awarded about $26 million in damages

A federal judge has ruled against the organizers behind the 2017 “Unite The Right” rally.

Twelve defendants and five organizations, including Richard Spencer, Jason Kessler, Christopher Cantwell, and League of the South, were found liable for civil conspiracy under Virginia state law. The ruling states the defendants engaged in a conspiracy with the aim of causing intimidation, harassment or harm.

Between August 11 and 12 in 2017, a crowd of hundreds marched at the University of Virginia in Charlottesville to protest the city’s plans to take down a statue of Confederate Gen. Robert E. Lee.

Five of the defendants, including Spencer, Kessler, and Cantwell, were found to have violated Virginia civil law because they engaged in racial, religious, or ethnic harassment or violence.

During the clashes between protestors and counterprotesters, Charlottesville police said, “We’ll not intervene until given command to do so.”

During the trial, “several testified that they resorted to violence only after they or their associates were attacked,” per the Chicago Tribune. They pointed to the actions of “Antifa,” or antifascists, and the inaction of local law enforcement.

The civil cases’ nine plaintiffs included current and former Charlottesville residents. They contended that their constitutional rights were violated by what they argued was the defendants’ racially motivated conspiracy.

They were awarded nearly $26 million in compensatory and punitive damages. Integrity First for America, a nonprofit civil rights organization, funded the lawsuits.

“The jury was not able to agree on whether the defendants had, under a 150-year-old federal statute, conspired to commit racially motivated violence,” per CBS News.

The conspiracy charges are part of the 1871 Ku Klux Klan Act. The act focuses on a defendant’s engagement in a conspiracy to commit racial violence and their possible knowledge of a conspiracy and failure to prevent it. The statute was designed to protect African Americans from hate groups like the Ku Klux Klan.

“The plaintiffs’ attorneys said Tuesday that they may try the case again under the federal charges involving the KKK Act. And the law is also being cited in post-Jan. 6 lawsuits against former president Donald Trump,” per The Washington Post.

The jury deliberated for a total of 15 hours on Nov. 19 and Nov. 22. They reported their deadlock to Judge Norman Moon around midday Monday.

The trial lasted nearly a month with several defendants representing themselves. 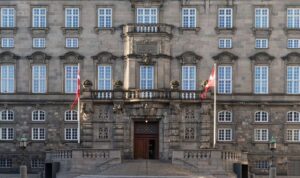