A wave of European countries have been added to America’s restricted travel list following an uptick in COVID-19 cases.

The Centers for Disease Control and Prevention (CDC) upgraded Germany and Denmark to a  Level 4 travel health notice.

The Czech Republic, Guernsey, Hungary and Iceland were given the same designation the week before. In the last four weeks, 13 European countries were labeled “avoid travel” destinations, including Austria, Belgium, Croatia, Greece, Iceland, Ireland, the Netherlands, Norway, Russia, Switzerland, Turkey and the United Kingdom.

The Level 4 travel health notice indicated that the country has what the CDC considered a “very high” infection level. A country that has been given this designation has reported more than 500 new COVID-19 infections per 100,000 people in 28 days.

“The European region is seeing Covid-19 infection cases similar to those reported during last year’s holiday season. Out of the 61 countries in the region, nearly half (46%) reported double-digit week-over-week increases. Notably, Germany reported a 50% increase in new cases as compared to the week before,” per Forbes.

According to USA Today, “German health officials said the rapid rise in cases means it’s likely everyone in the country who isn’t vaccinated will have caught COVID-19 by the end of the winter.”

Denmark reinstated the use of its national digital health pass in early November. Only those who have been vaccinated or who have tested negative for COVID-19 in the past 72 hours are permitted into certain spaces, like restaurants and large events.

Approximately 76% of its population is fully vaccinated.

Data from the World Health Organization indicated a 6% increase in COVID-19 cases in Europe in one week. Europe has a 5% increase in new deaths.

“Globally, just under 50,000 new deaths were reported, similar to the previous week. As of 14 November, over 252 million confirmed cases and over 5 million deaths have been reported,” reported the WHO.

The WHO has labeled Europe the current “epicenter” of the global COVID-19 pandemic, causing concerns over the possible dangers of resumed mass travel.

A total of 76 countries are considered Level 4 by the CDC. 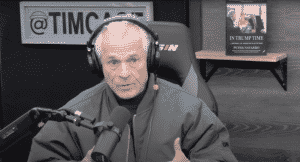