Oregon State Senator Dennis Linthicum has filed a bill to let 65 percent of the state secede and join Idaho.

According to the Greater Idaho Movement, “this proposal is different from creating a new state because it does not affect the balance of power in the US Senate. This means that it’s more likely to be approved by the Oregon Legislature.”

The movement’s website states that “Oregon will continue to violate more and more American values and American freedoms because northwestern Oregon has 79% of Oregon’s population and voters. Fortunately, Boise has only 13% of Idaho’s population.”

“Eastern Oregon is culturally, politically, economically much more similar to Idaho than it is to western Oregon,” said Matt McCaw, a spokesman for the Greater Idaho Movement, according to a report from the Daily Mail. “Our movement is about self-determination and matching people to government that they want and that matches their values. In Oregon, we’ve had this urban-rural divide for a very long time.”

So far, eleven counties have voted in favor of joining Idaho. Despite the winning votes, lawmakers in both states, as well as the US Congress, would have to approve the secession for the counties to split off.

“Our proposal is to take that border between Oregon and Idaho, which was set almost 200 years ago in a very different time when there was only 50,000 people in the state of Oregon…it made sense then, it doesn’t make sense now to have that border there because that’s not where the cultural divide is,” McCaw said. “The policy and the government that works for western Oregon, that western Oregonians want, does not work in eastern Oregon and it’s not what eastern Oregonians want.”

McCaw added, “we have been to the legislature in Idaho, we have a lot of support in legislature in Idaho for this idea. They see the benefit of bringing 400,000 like-minded people into their state. It makes Idaho stronger; it gives people the government they want and it’s a win-win for everybody involved.” 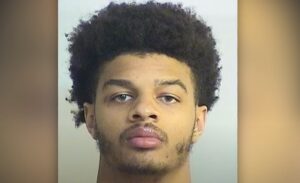