On April 11, 2020, as nationwide lockdowns were implemented, I wrote this: “I fear that when we attempt to restart America’s engine in the aftermath of COVID, there will be a clear fraction in the very nature of our reality. There will be a distinct divide in the way people live and interact with each other and in “reality” depending on their political persuasions—and their stomach for risk.”

I can’t think of a better, more frightening, sickening, atrocious image of our fractured and deranged reality than what we’re seeing in the footage of the cowards parading around as Uvalde police officers in the Robb Elementary school hallway as a shooter slaughtered children—uninterrupted.

The footage of these officers standing idly by for more than an hour is disturbing in and of itself. Even with the children’s screams edited out—the casual, flippant attitude of these men is hard to comprehend. Their lack of action seems exceptionally cruel and selfish. What were they waiting for? How did all of those men do nothing?

The video alone is haunting. The police arrive, armored-up, behind shields, guns drawn, and yet they just stand there as the gunman goes about his terror.

There seems to be little urgency, aside from when the officers run away from the gunman. The body language as they wait is perhaps most telling. There are moments in the video where it seems so nonchalant, you might think they are in a training video.

But there is one specific image that strikes at the very core of modern society’s existential break over COVID.

A man dressed in a Sheriff’s bullet proof vest and helmet sees a dispenser of hand sanitizer fastened to the wall—and takes a moment to sanitize his hands. Chaos and murder all around, and yet he sees it fitting to make sure his hands are literally and metaphorically clean.

Some have argued that perhaps he is a medic. Others say maybe it was to help have a better grip of a gun. I don’t buy any of that for a second. (Also, a medic would most likely have on latex gloves…)

We have grown accustomed to seeing hand sanitizer in nearly every establishment. The officer could just be acting out of pure muscle reflex — he sees the sanitizer and he uses it. Maybe it’s second nature. I have a hard time believing that anyone could even think of something as banal as hand sanitizer in the midst of a butchery like the one we have read about in Uvalde.

What I see in this image is the effectiveness of the COVID propaganda. I see a man who is a victim of over two years of conditioning.

I see a sad display of selfishness and incompetence.

So many of our politicians and their cronies in corporate media have worked tirelessly to instill this level of fear in people that here we have an image that shows the consequences: the nebulous threat of COVID outweighs the tangible maniac slaughtering children with a rifle down the hall.

Over the last few years, the “authorities” went over the top to “protect” us from COVID. We saw video after video of police willing to rip people from stadiums for not wearing masks, we saw people fined for trying to keep gyms open during lockdowns, and we saw our President call for the unvaccinated to lose their jobs. We even saw teachers unions resist reopening schools.

Meanwhile, there is more urgency in sanitizing our hands even when in the position to protect children in clear and present danger.

You have probably encountered the overreactions of those who have internalized COVID as the greatest boogeyman of humankind. This absurdity is widespread and it’s never going to go away in our lifetime. This is a great scar that will linger in society for generations — whether it’s the person sitting alone in their car with their mask, or those who believe sitting down without a mask is safer than standing up with a mask. I remember walking past people on a hike on a mountain and when they saw me they stopped in their tracks as if I were a mountain lion. They were possessed by fear. They quickly pulled their masks from their cargo pants, hid their faces, and walked along the edge of the cliff — they would have rather fallen off the cliff than walk too close to me.

We have to remember that the people you might think you can trust are just as susceptible to social conditioning as anyone else. My distrust is overflowing, and yours should be too. It’s not a healthy place to be. I don’t like operating from a place of distrust, but when we witness authorities who have been metaphorically decapitated by fear, so much so that they can’t even perform their jobs, where does that leave the people? The American Red Cross recommends no mouth-to-mouth CPR for fear of spread of COVID: “If a lay responder is unable or willing to provide rescue breathing with CPR, compression-only CPR should be initiated.”

The horror these children faced, plus the lack of immediate protection they received should be the first and worst issue. The selfishness, the aversion to risk, the need to clean one’s hands while in the middle of a standoff, seems, to me at least, like a symptom of people who are incapable of mitigating risk in our post-COVID reality.

Of course, these cowards in Uvalde should not be used as an example of what all officers would do in a similar situation. I believe there are many who would do the job they swore to do — even if they were putting themselves in harm’s way. But we should never forget how so many people have been emotionally and mentally disfigured from the last few years. I have whiplash from the absurdity. I know I’m hyper-focused on a minuscule aspect of a much larger, incredibly horrific tragedy. However, I can’t help but think that this officer’s gesture speaks not only to the absolute failure of the Uvalde police in terms of selfishness over selflessness, it also speaks to our irreparable society at large in which we have become conditioned to see each other as disease vectors. It makes us inhumane. It makes people less likely to help someone in need. Social distancing takes precedence over being a good samaritan. And it weeds out the people who think they are heroes, but who have instead made a satan of the virus and a God of their masks, vaccines, and sanitizer. 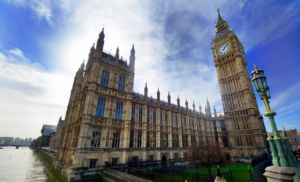