The United Kingdom’s Conservative Party has begun narrowing down the pool of candidates to replace Prime Minister Boris Johnson.

Johnson announced on July 7 that he was stepping down after a wave of his high-ranking supporters resigned, increasing the political pressure on the former mayor of London.

Ten party members emerged with hopes of taking over as prime minister. Candidates needed to win the support from 20 of the 358 Tory lawmakers, including a proposer and seconder, to be considered for the position. Analysts note that most candidates will have been secretly planning their campaigns weeks ahead of Johnson’s resignation.

During the first round of secret voting, candidates needed to secure 30 votes to move on to the second round.

Former UK Chancellor Rishi Sunak is the current front-runner with 88 votes. Sunak announced his intention to run for the office on July 12, days after he resigned as finance minister. He has vowed to take on the nation’s rising inflation rates and then cut taxes.

“We need a return to traditional Conservative economic values — and that means honesty and responsibility, not fairy tales,” Sunak said during his announcement, per NDTV.

Minister of State for Trade Policy Penny Mordaunt took second place yesterday with 67 votes. Mordaunt is favored to win by both betting houses and in a poll conducted by YouGov between July 12 and July 13, indicating her popularity among the grassroots party members who cast the final votes for the next prime minister.

Mordaunt, who did not resign with other lawmakers last week, said party members have lost their “sense of self” while announcing her candidacy for prime minister.

“We have a manifesto to deliver, and standards and trust to restore,” she said while speaking to supporters at the Cinnamon Club in London this week.

Foreign Secretary Liz Truss is the third place candidate with 50 votes. While announcing her campaign, Truss stressed her loyalty to Johnson and dedication to the party.

“I am loyal to Boris Johnson. I supported our Prime Minister’s aspirations and I want to deliver the promise of the 2019 manifesto,” she said while speaking during her campaign launch. “What we need to do now is deliver, deliver, deliver, and I am the person in this race with the record of delivery.”

The second round of voting will be held on July 14, at which time the candidate with the fewest votes will be eliminated. The Conservative Party will continue voting until two candidates remain.

“It’s a wide open race for the fall … but either way, Johnson’s two most important foreign policy initiatives—on Europe and on Ukraine — aren’t going to change,” Ian Bremmer, president of Eurasia Group, told CNBC. “On the former, with Brexit and euroskepticism already firmly in place for the Conservative Party, there’s no lane for a softer Europe policy, even on the contentious Northern Ireland issue, among premiership competitors,”

The UK’s new prime minister is expected to be announced by September 5 following a mail-in vote from the roughly 200,000 Conservative Party members across the country.

While addressing parliament on July 13, Johnson said he would be leaving office with his “head held high.”

“It’s perfectly true that I leave not at a time of my choosing. It’s absolutely true,” he told lawmakers. “But I am proud of the fantastic teamwork that has been involved in all of those projects, both nationally and internationally.”

“I am … proud of the leadership I have given,” Johnson said 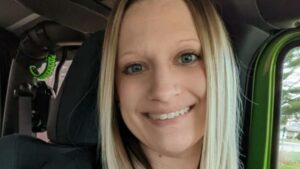