OPINION: The Big Cat Safety Act is Not a Feel-Good Bill — It Could Very Well Spell Extinction for Tigers

This article is the opinion of the author and may not represent the views of everyone at Timcast.

The controversial Big Cat Safety Act, which has been constantly pushed by animal rights extremists and other sordid figures like Carole Baskin, is not the feel-good bill that they want you to believe it is.

Some experts say it could rapidly speed up the true extinction of tigers and other big cats.

In surface level media reports, the bill seems like a well-intentioned effort to protect tigers from private zoos and owners who are up to no good — something that just about anyone could agree with. As with many bills, the devil is in the details.

Of course there are bad and exploitative animal owners, zoo staff, and even sanctuary owners. There are also bad dog owners who raise aggressive animals that maim or kill — but no reasonable person is calling for dogs to be banned. We assume that people who wish to adopt a puppy do so with good intentions. The government and private organizations only step in when there is actually suspicion of abuse or mistreatment. So, why should there be different standards when it comes to people who choose to care for or work with exotic animals?

Fatal dog attacks in the United States cause the deaths of about 30 to 50 people in the US each year, with approximately 4.5 million Americans bitten by the animals annually. In comparison, three people are killed by tigers in the United States every five years. This number also counts deaths in accredited zoos and sanctuaries, not just involving private owners.

More people die from drowning in toilets than are killed by tigers in the United States. From 1996-1999, sixteen Americans drowned in toilets — that is four people a year.

The lobbyists involved with the bill, and the accompanying propaganda, would have you think that there are anywhere from 5,000-15,000 big cats living in captivity in the United States — which, at the higher end, would outrageously average out to as many as 300 per US state. This figure becomes much more outrageous if you only count the states where they are legal.

Owning a tiger is considered legal or is unregulated in only eight states. At the lower estimate of 5,000 privately owned tigers in the US, that would be 625 tigers per state. Does this seem likely to you?

Experts in the private zoo industry explained to Timcast that they believe these numbers stem from someone misreading USDA logs, which often report visits with tiger owners multiple times. So, while there may have been thousands of visits and logs about animals, many of them are duplicate. This misreading is constantly parroted and reported as fact, so that they can claim that excessive private ownership is a matter of public safety.

A petition to stop the Big Cat Safety Act from the Cavalry Group notes that no lion or tiger has ever attacked someone after escaping from a private zoo or owner. The only deaths caused by captive cats have been to people who placed themselves in close contact while knowing and accepting the risks involved. The same cannot be said for dogs or many other animals that are considered “acceptable” for human contact.

The Big Cat Safety Act specifically takes aim at the American tiger, often referred to as generic tigers, which are bred here in captivity. While they look like their wild counterparts, many of the apex predator behaviors have been softened as they have been born into the care of human beings, in most cases for over 15 generations.

For example, wild tigers are solitary creatures that only really become social to mate. American tigers are not only social with other tigers, but their human caretakers as well.

One expert on preserving tigers, the late Ron Tilson of the Minnesota Zoo, referred to American tigers as “junk tigers” and asserted that they have no value as part of the species or conserving the species in a documentary called The World Behind ‘Tiger King’: Inside America’s Captive Tiger Trade.

Tilson, the architect of the Association of Zoos and Aquariums’ Tiger Species Survival Plan, said that “they’ve lost their tigerness.”

“The American tiger is really a junk tiger. It is nothing more than an illusion of a tiger,” Tilson said, due to the fact that they would not be able to survive in the wild. He stated that while he did not want anything bad to happen to the ones that are already alive, he would like to see the American tiger no longer exist by all of them being neutered to cease breeding.

Tilson’s argument was that too much time, money and resources are being invested in generic tigers, when they hold no value and that effort should be put into the conservation of wild tigers. He also claimed that they are the product of inbreeding.

Big cat geneticist Stephen O’Brien, Chief of the Laboratory of Genomic Diversity at the National Cancer Institute, disagrees with Tilson. He believes that American tigers are still tigers — even though many of them are hybrids. To settle the debate, he took DNA samples from captive generic cats and tested to see if he could identify their subspecies. What he found was that many of them were pure Bengal, Sumatran, or other known subspecies — debunking the claims of these animals being “junk tigers.”

O’Brien also destroyed the claims that American tigers are the product of inbreeding — finding that many of them have richer genetic diversity than big cats in the wild. This is because those who do breed big cats deliberately seek out and trade with others to make sure that to avoid it, something that is becoming increasingly difficult as more and more laws are passed to “protect” animals.

The scientist has faced severe backlash from the so-called “conservation” crowd for his firm belief that having captive tigers raised in America is better than tigers becoming a thing of the past.

“When evolution creates a species as magnificent as the tiger, it only does it once,” O’Brien said in the documentary featuring Tilson. “If you lose it, it’s not going to come back.”

Like O’Brien, many who oppose the ban have pointed out that with deforestation, and people encroaching on land that was formerly occupied by big cats, they are at a very real risk of full extinction in the wild. With a federal ban on ownership and breeding of so-called generic American tigers, the entire species could cease to exist entirely very soon.

There is another far more sinister side to this bill, in that it would carve out exemptions and allow captive tigers for certain people and organizations, like those who agree to join the American Zoological Association and/or Global Federation of Animal Sanctuaries. There is a popular misconception that these organizations are government agencies, but they are actually private clubs with steep memberships and rules disallowing human contact with the animals.

“The ‘Big Cat Public Safety Act’ (BCPSA) would strengthen existing law to prohibit the possession of tigers, lions, and other big cat species except by qualified entities, such as AZA-accredited facilities,” the AZA boasts on their website.

This messaging promotes a myth that private zoos are all “unaccredited” and lawless, when in reality they are overseen by the United States Department of Agriculture, which actually is a government agency, who conducts at least three announced checks per year.

So, what proponents of this bill actually mean is that the private zoos refused to join their club, pay their fees and accept their rules — so they are “bad.”

One of those rules is neutering male animals and/or inserting contraceptive devices inside females to prevent breeding, an obviously quick way to lower the number of these endangered animals. The entire concept appears blatantly antithetical to their stated goal of conservation and keeping the species alive.

The United States is the currently only country in the world that is actively seeking to lower their population of tigers, as others do everything in their power to keep them alive and breeding. That fact alone should be enough for anyone to question the motives behind this bill.

Ryan Watkins, an animal lover who has worked at the Philadelphia Zoo and Safari Sanctuary Zoo, explained to Timcast why he vehemently opposes the Big Cat Safety Act. He said that while it is “absolutely imperative” that we protect and preserve these species by saving what is left of their natural habitats, it is also important to protect those that are in human care. He believes that the Big Cat Safety Act is nothing more than an agenda for animal rights extremists on a mission to end all animals in human care.

“If it’s common sense and not an agenda, then why are animal rights activists like PETA, the HSUS, ALDF, and the ADI supporting it? Why have they been trying to push it to become a nationwide law the past two decades?” Watkins asked. “Anything that animal right activists praise and support is bad. Their agenda is to end all human animal interactions (meaning zoos, aquariums, other zoological facilities, private wild animal ownership, raising and caring for farm animals, and having a pet). They’re no different than poachers, the mafia, and terrorists.”

He explained that animal rights activism is not the same as supporting animal welfare.

Many of the politicians who have co-sponsored the bill have received donations from Baskin, one of the fiercest advocates for the legislation.

Cosponsor Rep. Nancy Mace appears to be a favorite of the controversial activist, as she was given $1,000 by Baskin in March and another $1,500 on June 30.

It is important to remember that the Tiger King villain makes money off big cats that she has in her “sanctuary,” but claims to be different from others who do the same. In reality, the only noticeable difference between her facility and many of the privately owned sanctuaries that she attacks is that she pays membership dues to be in a club — and pays politicians.

Given the very basic fact that neutering an endangered animal creates fewer of the species, perhaps someone should ask Rep. Mace if the $2,500 was worth it to help reduce the amount of tigers in the world. 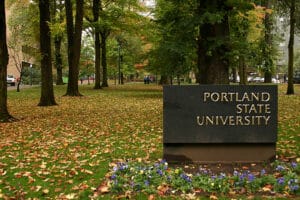