In the wake of mass shootings in Philadelphia and Chattanooga this past weekend, President Joe Biden is once again calling for reinstating the federal ban on assault weapons. But he is overlooking one critical fact: The 90’s era assault weapons ban did not reduce gun homicides.

Prior to revelations of then-President Bill Clinton’s tawdry affair with a White House intern, he signed into law the Violent Crime Control and Law Enforcement Act of 1994. A subsection of that legislation was House Resolution 4296, the Public Safety and Recreational Firearms Use Protection Act, also known as the Federal Assault Weapons Ban.

The bill was sponsored by representative Chuck Schumer (D-NY) and co-sponsored by 59 Democrats and two Republicans, marking the first attempt by the United States to use federal law to limit the sale of “assault weapons” or “assault-style weapons.”

The federal assault weapons ban applied to firearms manufactured after the law’s enactment and made it unlawful for a person to manufacture, transfer, or possess a semi-automatic rifle, except those that were manually operated by bolt, pump, lever or slide action; an antique firearm; or a firearm incapable of accepting a detachable magazine that held more than five rounds of ammunition.

According to the DOJ, the ban was:

directed at semiautomatic firearms having features that appear useful in military and criminal applications but unnecessary in shooting sports or self-defense (examples include flash hiders, folding rifle stocks, and threaded barrels for attaching silencers). The law [banned] 18 models and variations by name, as well as revolving cylinder shotguns. It also [had] a “features test” provision banning other semiautomatics having two or more military-style features. In sum, the Bureau of Alcohol, Tobacco, Firearms, and Explosives (ATF) [had] identified 118 models and variations that are prohibited by the law.

The ban also [prohibited] most ammunition feeding devices holding more than 10 rounds of ammunition (referred to as large capacity magazines, or LCMs). An LCM is arguably the most functionally important feature of most AWs, many of which have magazines holding 30 or more rounds. The LCM ban’s reach is broader than that of the AW ban because many non-banned semiautomatics accept LCMs. Approximately 18% of civilian-owned firearms and 21% of civilian-owned handguns were equipped with LCMs as of 1994.

The ban had a 10-year sunset provision and expired on Sept. 13, 2004. That same year, the DOJ’s National Institute of Justice (NIJ) — the Justice Department’s research, development and evaluation agency assigned the job of providing objective, independent, evidence-based information — published a report after conducting research on the efficacy of the assault weapons ban.

Assault weapons were only used in roughly two percent of gun crimes prior to the ban, the report concluded. The majority of the weapons used by criminals were pistols. The NIJ study also found that AR-15 style rifles, which are frequently confused with military-grade weapons, “do not differ from other legal semiautomatic weapons.”

Christopher Koper, professor at the University of Pennsylvania, wrote the report, which showed that the decrease in the nation’s gun violence was not correlated with the assault weapons ban. He also wrote that if the ban was renewed, its effects on gun violence would likely be negligible. He stated there was “no evidence of reductions in multiple-victim gun homicides or multiple-gunshot wound victimizations,” meaning the federal ban had no impact on mass shootings.

According to Koper, “there has been no discernible reduction in the lethality and injuriousness of gun violence, based on indicators like the percentage of gun crimes resulting in death or the share of gunfire incidents resulting in injury.”

Moreover, violent crime has plummeted since 1994, with the sharpest decline after the assault weapons ban was lifted.

Though there is mounting political pressure to reinstate a federal assault weapons ban in response to recent high-profile mass shootings, the U.S. government’s own research and reporting shows that assault weapons bans do not reduce gun deaths — something worth remembering before accelerating down the path of destroying our constitutional rights. 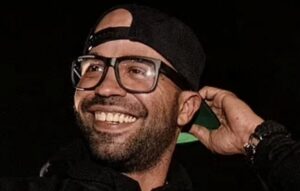