At the dawn of the millennium, Wall Street trader Mark Gorton founded LimeWire to follow in the footsteps of Napster as a peer-to-peer media file sharing service. A decade later, Gorton paid out $105 million to UMG, Sony, Warner, and EMI to settle a massive copyright infringement lawsuit. LimeWire shut down in 2010 and was lost to the digital sands of time – or so it seemed.

Those who traversed the “Wild West” era internet in their teen years remember LimeWire fondly. Although music piracy ran rampant on the platform, the result was that they could freely download and share the music they loved but perhaps couldn’t afford to legally purchase. Users accepted the risk of computer viruses for the sake of listening to their favorite 2000s hits when they got home from school.

LimeWire just made their comeback under the leadership of new co-executives, Austrian brothers Paul and Julian Zehetmayr. The ad campaign promoting their rebrand as a platform for music-related digital collectibles has gone viral for tugging at the heart strings of millennials that once used LimeWire for nefarious purposes.

The minute-long ad shows a boy and girl racing home from school to download the 2007 middle-school dance anthem, Soulja Boy’s “Crank That.” The friends dance to the steel-drum hip-hop beat and flash forward to adulthood, when they excitedly rediscover LimeWire’s NFT marketplace and continue jamming out together.

LimeWire’s collaboration with Soulja Boy is no coincidence. A Twitter user noticed that it was “referencing how [Soulja Boy] got famous, he would take every popular song at the time and [replace] it with crank that on limewire and frostwire.. Every kid had crank that on their mp3 [whether] they liked it or not.”

“If this is supposed to be true [to] the original product, every NFT you think you got should turn out to be a Soulja Boy song,” commented another cynic.

The rapper is joined by other big name artists such as Travis Barker, Sean Kingston, Jim Jones, and Dillon Francis who will be featuring exclusive content on the platform. LimeWire announced on Instagram that they will drop a second set of NFT collections from up-and-coming musicians this Friday.

It appears LimeWire is determined to restore their credibility in a similar way to Soulja Boy. In an exclusive interview for AdWeek, LimeWire’s global creative director Florestan Roesemann called the ad “both a love letter to the 2000s and a celebration of the new LimeWire.”

Roesemann continued, “Just like the characters in the commercial, many of us were teenagers when LimeWire first was around and are now grown-ups to see the relaunch of the brand.” In light of the viral reception to the relaunch, LimeWire was wise to give a nod to the company’s shady past while maintaining an optimistic look toward the future.

LimeWire’s marketing team deserves props for using nostalgia without coming across as ham-fisted and corny. Nostalgia perfectly suits LimeWire’s brand – the NFT world has a barrier to entry by virtue of it being new, much like streaming music was new in the early 2000s. Their expansion into the NFT landscape calls us back to a time when the internet was more free and fun. 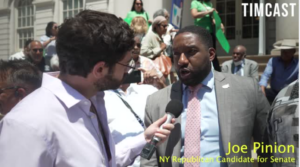