About fifty New York lawmakers, aspiring candidates, and small business owners gathered at the steps of City Hall in New York City on July 13 to rally on behalf of Jose Alba, a bodega worker who was charged with murder despite claims he was acting in self-defense.

The press conference was co-hosted by the Bodega and Small Business Association of New York and the Dominican USA Chamber of Commerce.

Elad Eliahu was on the scene for Timcast to discuss the complexities of the situation that resulted in the death of the man who attacked Alba, including whether or not it’s possible that the 61-year-old escalated the encounter by brandishing a knife.

WARNING: GRAPHIC ⚠️ Jose Alba was working at a bodega in NYC when he was attacked by an irate customer.

Alba stabbed him in self-defense and is now being charged with murder. Drop the charges and let this man go.@GovKathyHochul @NewYorkStateAG pic.twitter.com/wYFhuxebsG 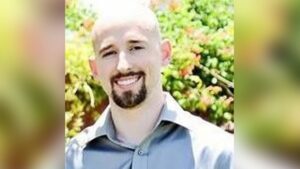