When Ezra Miller is not choke slamming a fan outside a bar in Iceland, or threatening the lives of a random Ku Klux Klan chapter, The Flash actor is on a rampage of scandals in Hawaii.

A couple in Hawaii filed a temporary restraining order on Miller back in March. Miller has also been arrested multiple times in recent months for disorderly conduct and harassment, once throwing a chair at a woman, and charging at a bar patron playing a game of darts.

Following recent allegations of abuse from an ex partner, Miller is in hot water once again facing new allegations of prolonged grooming and abuse of an underage fan Tokata Iron Eyes.

According to the account of Tokata’s parents, they met when the actor was visiting North Dakota’s Standing Rock Reservation in 2016. Tokata was 12 years old, and Miller was 23. The following year, Miller flew Tokata out to London to visit the Fantastic Beasts film studio, where Miller allegedly gave the then 14-year-old alcohol, marijuana, and LSD.

The two reportedly stayed in communication for years, which culminated in Tokata dropping out of her private school in Massachusetts in December 2021 and living at Miller’s Vermont home earlier this year. The parents allege that when they went to retrieve their child in Vermont, the teen was living without necessities like a debit card or car keys, and had bruises they believe to be left by Miller, who has a record of lashing out in public.

Miller and Tokata have been traveling together since then. The pair was most recently spotted at a bar in Hawaii. Tokata’s parents have at long last taken legal action to end their teen’s entanglement with the struggling actor, who they allege “uses violence, intimidation, threats of violence, fear, paranoia, delusions, and drugs to hold sway over a young adolescent Tokata.”

Tokata responded to the rumors on an unverified Instagram page, stating that she is seeking professional treatment for anxiety and depression, and defending her so-called “comrade” Miller: “This bout of blatant betrayal and toxicity my parents and others have chosen to punish me with has been…traumatically life altering. relationships in my life have been grossly effected [sic], some detrimentally so. This behavior is unacceptable and needs to be called out.”

A commenter on the post poignantly reminded the teen, “Your parents are worried about you with reason. You are associating with someone who is on a downward spiral of their own. Not to mention, a groomed child is not gonna recognize it while they are literally living with a groomer.”

Although the situation seems dire, the Iron Eyes’ may find out that they intervened too late on behalf of Tokata, as the teen is now legally an adult.

Rumors of Miller’s questionable behavior have been piling up for some time now, and pressure is mounting against DC executives to replace the Flash actor with Dylan O’Brien or Grant Gustin. The long-awaited film is in post production and has yet to hit theaters.

Ezra Miller’s androgynous style and nonbinary identity seemed to be favorable to the star’s marketability as the superhero. However, Miller’s casting in the franchise has backfired and become a public relations disaster that worsens with every new headline.

DC executives are left with two options: focus on damage control, or scrap the project altogether. Audiences fed up with the celebrity’s self-indulgent antics may be hoping for the latter. 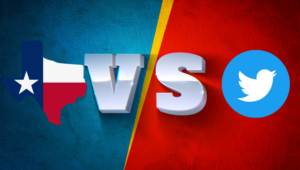