OPINION: 'Repeal the 19th'—The Spiciest Twitter Take, and Why It Shouldn't Be

One of my hottest takes on the hellsite known as Twitter is my repeated call to “repeal the 19th.” I think most people assume I say this because women, as a group, are inclined to vote with their feelings rather than logic and tend to strictly adhere to the Democratic party, but I’m not a misogynist — there are many more reasons for my thinking, and I will lay them out below.

To begin, the text of the amendment is short but sweet. It is as follows:

“The right of citizens of the United States to vote shall not be denied or abridged by the United States or by any State on account of sex. Congress shall have power to enforce this article by appropriate legislation.”

My main argument against the 19th amendment is that, as fewer and fewer people feel a real connection to this country, the less they care about the outcome of the elections in which they find themselves passively voting. Alongside of reduced patriotism and sense of civic duty comes the stark reality that people not only don’t care about their own future in the country, they also don’t have kids for whom their vote will matter. Setting inside the crippling nihilism that this knowledge can bring, it’s essential to realize that people being dragged to the polls by an oversized sense of hyperbolic outrage at (for example) Donald Trump have no real interest in the future of the country, because they won’t be bringing any lasting legacy to it.

So the U.S. is comprised of large swathes of educated, purposeless people who will not be having children, who are over-engaged with online social media platforms and disengaged from their own families, churches, and communities. Now might be a good time to remind everyone reading this that certain Founders originally thought that only men — and men who owned property, at that — should probably have the right to vote. Far from being ungracious, though, John Adams specifically said that women probably shouldn’t vote because they were too delicate for war (inarguably true, and proven recently), and focused on the higher tasks of taking care of the home and raising future generations. He also noted that penniless men probably also shouldn’t vote, which bears consideration even now. The entire contents of that letter from John Adams raises a lot of questions that should be answered before we push every single of-age person in the U.S., legal or not, into voting.

I will condense these questions into one for my readers to consider: Does every ill-informed, misinformed, miseducated person — who hates the country, has no children to deeply ponder the future for, and cares nothing for the state of the country even tomorrow as long as they get what they want handed to them on a silver platter — deserve a right so important and solemn as the right to vote? Should everyone vote? Should every vote hold the same weight?

These are some very deep questions. I am wholeheartedly arguing that fewer people should vote, and there should be more meaningful barriers to voting than there currently are. I realize that this stance is, unlike readers probably originally thought, not misogynistic, but perhaps xenophobic, anti-immigrant, et cetera. Enter litany of accusations about my motivations for thinking this. But I firmly believe that our democratic republic (not pure democracy, thank goodness!) would be wholly uplifted if only people who genuinely care about the country, and have a great investment in the long-term success of the country, were to vote — not immature radicals, people poisoned against the nature of reality, the fabric of our culture, and the very existence of views that don’t overlap with theirs; not carefree retirees who just want the handout for the next decade before they die and care nothing for the future of their kids and grandkids.

One good meaningful speedbump for voting might be to require proof of employment, as simple as a W-2 or tax return showing employment for the majority of the previous year. But beyond being employed, it gets nebulous — practically and ethically. How do we prove that someone has done the necessary homework to make informed choices on a ballot? This isn’t about influencing people to vote the way I want them to vote, which is why it extends beyond women, who are so overwhelmingly democratic. It is about people who know why they’re voting for what they’re voting for; people who understand the structure of the government they’re choosing to engage with. Perhaps a civics test would be helpful, and a good refresher for each election in which the voter chooses to engage.

You will never find me arguing that more people need to vote. Citizens need to engage, they need to know what they’re engaging in, and need to have good reason for wanting to do so. They need to be looking to the future, and children are the best anchor people often have to a future they care about. At the end of the 19th Amendment conversation, I find a familiar frenemy: The fact that all of this stems from cultural issues that could be addressed by emphasizing the importance of family, children, and community. Until we change the way we think about having families and start caring about the country as a whole, voting should not be forced on people who don’t truly care, and it certainly shouldn’t be extended to non-residents of the country.

Rather, voting should be a gift given to people who legally reside in the country that they deeply care about, voting for a future they deeply care about, based in logic, not emotion. These are simple requests that are not welcome from the left side of the aisle and even controversial on the right. But I think, unless we answer some of these questions, we won’t make meaningful progress — and when I say progress, I have an end goal in mind: A unified country properly-oriented toward a solid future with an eye toward keeping our children safe and ready for challenge and adventure. I know it’s a big ask, but I think it’s worth making. 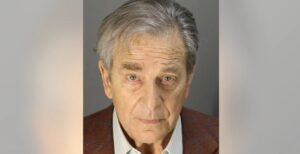