House Speaker Nancy Pelosi’s husband Paul has been charged with Driving Under the Influence by the Napa County District Attorney’s Office over his car crash on May 28.

According to a statement from the DA’s office, Mr. Pelosi’s blood alcohol content was .082% when it was taken and tested over two hours later.

“The charges filed today include Driving Under the Influence of Alcohol Causing Injury and Driving With .08% Blood Alcohol Level or Higher Causing Injury,” the statement said. “Under California law, these charges can be filed as a misdemeanor or felony. Based upon the extent of the injuries suffered by the victim, the District Attorney filed misdemeanor charges. This decision is consistent with how our office handles these cases with similar injuries.”

The penalty for this crime ranges from up to five years of probation, a minimum of five days in jail, installation of an ignition interlock device, fines and fees, completion of a court ordered drinking driver class, and/or other terms “as appropriate,” according to the DA’s office.

The 82-year-old was released from custody upon his promise to appear for an arraignment in Napa County Superior Court on August 3, 2022.

“The survivor in this matter has exercised his rights under the California Constitution Article 1, section 28(b) as amended by ‘Marsy’s Law‘ to be treated with fairness and respect for his privacy and dignity, and to be free from intimidation, harassment and abuse throughout the criminal process. We ask that all members of the media honor the exercise of his right,” the statement continued.

The statement said that evidence, including but not limited to witness testimony, medical diagnoses, photographs, and body/dash camera footage will only be presented to a jury and not made public.

“We are not permitted to try cases in the court of public opinion; rather, we litigate them in a court of proper jurisdiction. These rules protect the constitutional right to a fair trial enshrined in the Sixth Amendment of the United States Constitution. The Napa County District Attorney’s Office scrupulously follows these rules for all pending criminal cases; this matter is no exception,” the statement said. “Therefore, this is the extent of information that our office will provide to the public regarding the arrest of Mr. Pelosi outside of a criminal courtroom or in filed documents with the court.”

The media has full access to the court and may attend any hearings or trial in the case.

Speaker Pelosi was not with her husband at the time of his arrest. She was in Rhode Island delivering the commencement address to Brown University graduates and has opted not to comment on her husband’s crash.

“The Speaker will not be commenting on this private matter which occurred while she was on the East Coast,” Drew Hammill, a spokesman for the Speaker, told Fox News.

Though Paul generally keeps a low profile, the New York Post reports that “in March, he bought $2.2 million in Tesla stock as some in Congress proposed banning lawmakers and their spouses from stock trading.” 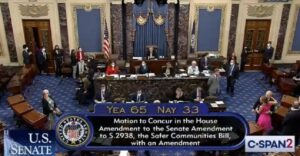